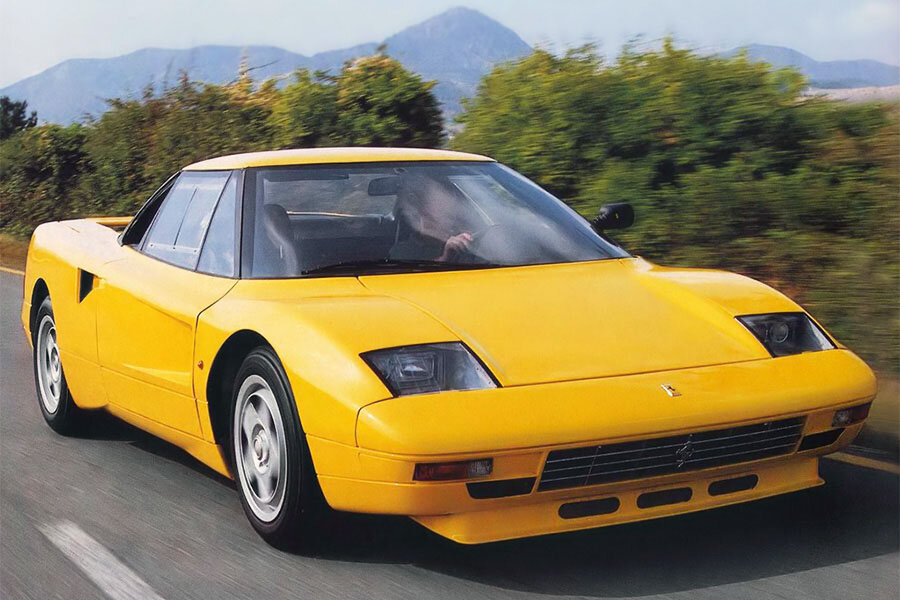 Just two prototypes of this model were built. The first, a red car, was completed June 1987 and sported chassis no. 70183, while the second, chassis no 78610, was yellow and is now exhibited in the Galleria Ferrari in Maranello. What made this such an unusual model was that it featured four-wheel drive using an innovative hydraulic system. The two cars were built to test different production methods too. The first had a welded stainless steel body while the second a glued aluminium one. Mauro Forghieri was in charge of the project until he left Ferrari in the spring of 1987 too.

The name of the car comes from the engine and drivetrain: 4.0-L [40] 8-cylinder [8] with a 4 Ruote Motrici [4RM]. The latter simply translates four-wheel drive from Italian. The engine is derived from the Ferrari 328 and mounted in the back producing around 300 bhp at 6250 rpm with 373 Nm of torque.

It took the Italians just shy of 25 years to implement a four-wheel drive system into a production car. In 2011, the Ferrari FF became the first production Ferrari featuring four-wheel drive. The car was revealed at the Geneva Motor Show and intended as a successor of the (rear-wheel drive) 612 Scaglietti. Ferrari managed to sell around 2300 examples before they introduced the GTC4 Lusso as its successor.