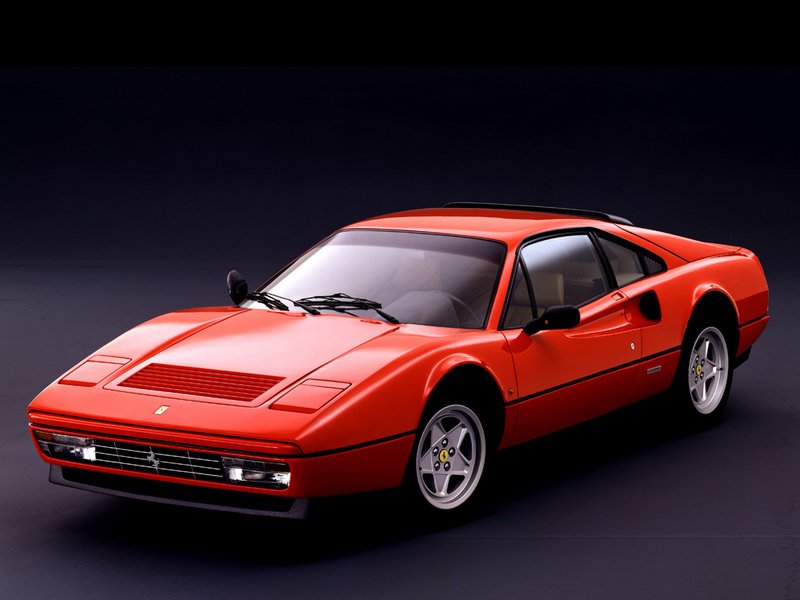 The 308 series had won universal acclaim from both customers and critics, and its natural evolution continued with the 328 GTB, a berlinetta fitted with the new 3.2-litre version of the V8. This new engine (again featuring four valves per cylinder) produced a specific output of 85 bhp per litre, compared with 82 for the 4-valve version of the 308.

Essentially the new model was a revised and updated version of the 308 GTB, which had survived for almost a decade without any radical change to the overall shape, albeit with various changes to the 3 litre engine. Thus all the eight cylinder cars in the range shared fairly unified front and rear aspects, providing a homogeneous family image.

The exhaust air louvres behind the retractable headlight pods on the 308 series disappeared, coupled with an increase in the size of the front lid radiator exhaust air louvre, which had been introduced on the 308 Quattrovalvole models, whilst a new style and position of exterior door catch was also provided. The V8 engine was essentially of the same design as that used in the 308 Quattrovalvole model, with an increase in capacity to 3185cc, with a bore and stroke of 83mm x 73mm, and a type reference number F 105 CB 000.

The engine retained the Bosch K-Jetronic fuel injection system of its predecessor, but was fitted with a Marelli MED 806 A electronic ignition system, to produce a claimed power output of 270bhp at 7000rpm.

As with the preceding 308 models the engine was mounted in unit with the all synchromesh five speed transmission assembly, which was below, and to the rear of the engine’s sump.

In the middle of 1988 ABS brakes were made available as an option, which necessitated a redesign of the suspension geometry to provide negative offset. This in turn meant that the road wheel design was changed to accommodate this feature. The original flat spoke “star” wheels became a convex design, in the style as fitted to the 3.2 Mondial models, whether ABS was fitted or not.