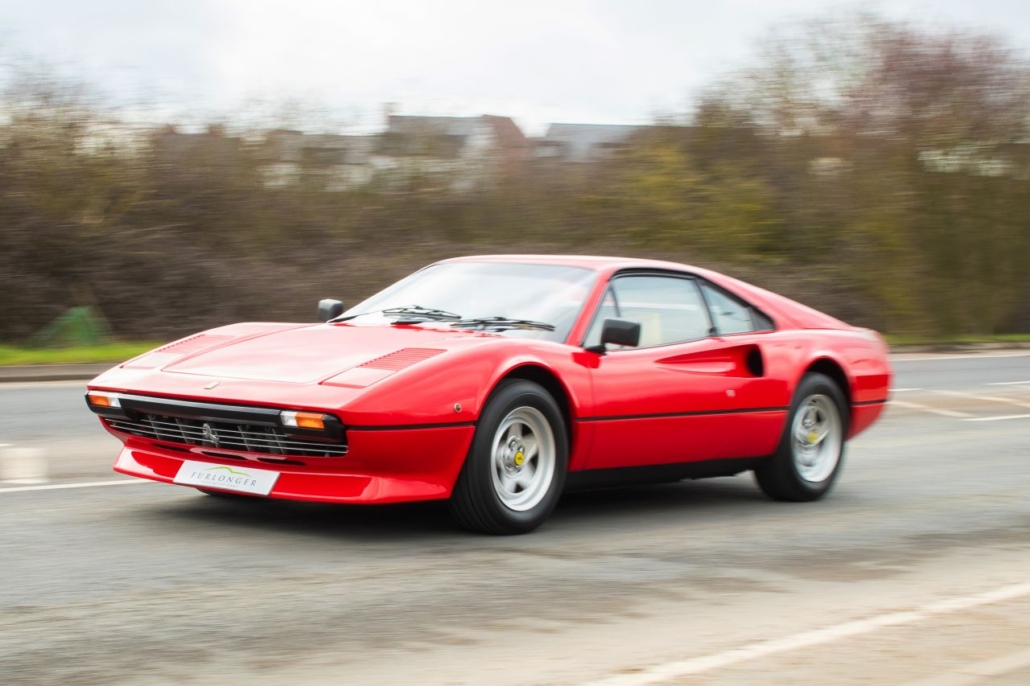 The GTBi’s coachwork remained largely unchanged with respect to the 308 GTB, apart from a few modifications to the interior.

The most important changes, however, were made to the engine. In fact, in competition, fuel injection systems had replaced the traditional stacks of carburettors and, as transferring racing experience to production cars has always been part of the Ferrari mission, adopting fuel injection systems was in line with this, helping indirectly to comply with new exhaust emission norms.

As with the exterior, the interior was very similar to the 308 GTB model, the main differences being that the leather trimmed bucket seats had a different stitch pattern, whilst the main instruments were maintained in a hooded nacelle in front of the driver, the clock and oil temperature gauge were moved to a panel at the front of the centre console to make them more easily visible in a separate panel on the lower left edge of the dashboard.

The main European market 308 GTBi models had a tubular chassis with factory type reference F 106 BB 100. Disc brakes, with independent suspension via wishbones, coil springs, and hydraulic shock absorbers, were provided all round, with front and rear anti roll bars. All models were numbered in the Ferrari odd number road car chassis sequence, with both right and left hand drive available.