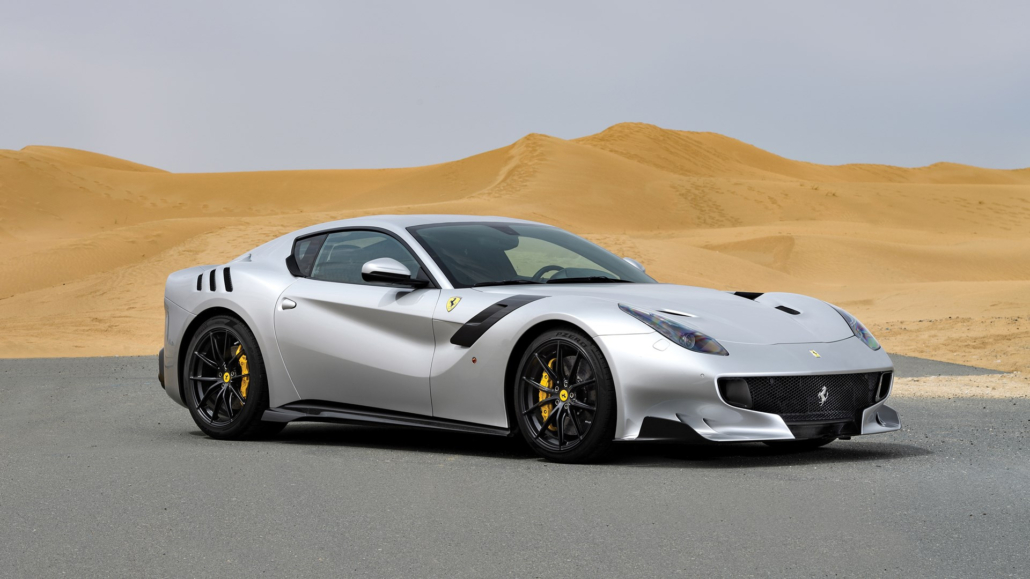 It was a race that rewarded cars that combined maximum performance with the drivability and ease of use that enabled the competitors to race for hundreds of kilometres a day over fast, tortuous roads and on circuits.

The F12 tdf is the ultimate expression of the concept of an extreme road car that is equally at home on the track, and just 799 were be built.

The F12 tdf is a concentration of technical innovations which involve all those areas central to Ferrari’s DNA: engine, aerodynamics and vehicle dynamics. As a result, in terms of acceleration, roadholding and agility, the new berlinetta is second to none.

The F12 tdf’s performance is assured by the 780 cv, naturally-aspirated V12 derived directly from the F12 Berlinetta’s multi-award-winning engine. The car’s exhilarating dynamic behaviour, specifically its lateral acceleration in corners, is due to an 8% increase in the ratio of the front tyres compared to the rear ones. The car’s natural tendency to oversteer as a result of the change in tyre sizes is compensated for by the innovative rear-wheel steering system – known as the Virtual Short Wheelbase, which is integrated with the other vehicle dynamic control systems – that guarantees the steering wheel response times and turn-in of a competition car while increasing stability at high speed.

Cornering speeds are also higher thanks to the significant increase in downforce – +87% – which has reached unprecedented levels for a front-engined V12 berlinetta.

A radical redesign of the bodywork, interior, engine, transmission and running gear, along with the abundant use of carbon-fibre inside and out, has slashed 110 kg off the car’s overall weight.

All of these factors combine to produce record performance figures: 0-100 km/h in 2.9 seconds and 0-200 km/h in 7.9 seconds in addition to a substantial boost in lateral acceleration.

The F12 tdf laps Fiorano in just 1’21”. Outstanding stopping distances are guaranteed by the adoption of the new Extreme Design one-piece brake callipers already seen on the LaFerrari. This new-generation system means the car can brake from 100-0 km/h in just 30.5 m and from 200-0 in 121 m.