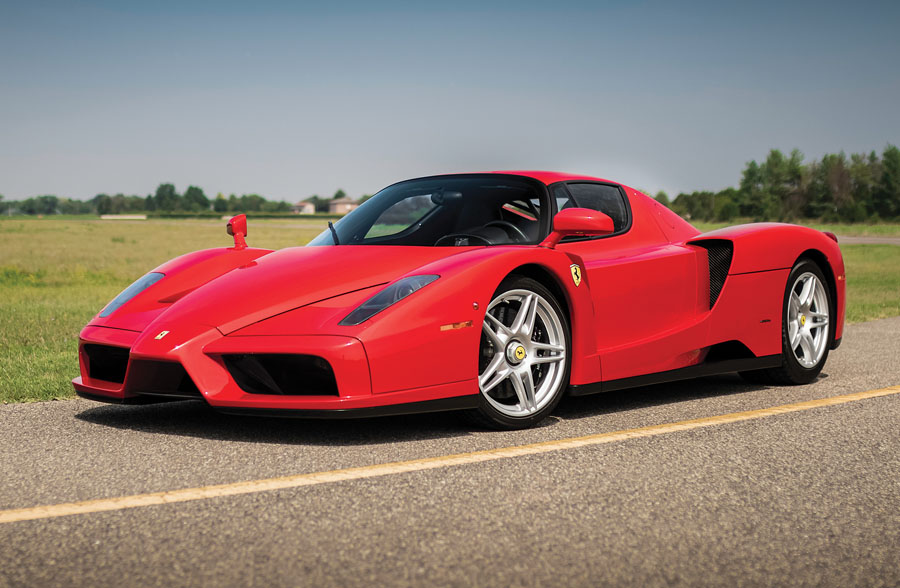 Over the years Ferrari has introduced a series of supercars which have represented the very pinnacle of the company’s technological achievements transferred to its road cars. These include the GTO, F40 and F50. This family of extreme performance cars was joined in 2002 by the Enzo Ferrari, which was the expression of the latest Formula 1 technology and know-how.

In the course of its history, Ferrari has, at regular intervals, produced extreme sports cars that are the pinnacle of the technological and performance-oriented achievement of their day and made them available to its clients for road use. This policy has produced some of the most extraordinary in the marque’s entire history. Each one represented the very state of the art in terms of performance-oriented engineering, the most recent being, of course, the likes of the 288 GTO, F40 and F50. What all of these cars shared, however, wasn’t just their benchmark performance but the fact that they were produced in strictly limited edition runs.

Joining their exclusive ranks in 2002 was the Enzo Ferrari, a superb car of which just 399 were built. Never before had a Ferrari’s styling been so heavily influenced by function. Work in the wind tunnel, on the track and on the road focused unswervingly on achieving maximum performance possible and resulted in a completely uncompromising car.

The Enzo’s front section was inspired both in terms of its form and function by the Formula 1 car’s nose cone while its composite flanks were sculpted to channel air flows for superb internal fluid-dynamics. The car’s uncompromising stance, compact size and weight reduction objectives made for a strictly functional cabin. In fact, all of the main surfaces were unadorned carbon-fibre while the steering wheel bristled with vehicle control buttons and switches like a Formula 1 car. Even the racing seat’s structure was carbon-fibre. Different backrest and seat sizes could be combined to ensure a perfect driving position in line with the owner’s own driving style and body shape.

The Enzo’s engine was a completely new 65° V12 that drew on Ferrari’s F1 experience and as a result featured some unique technical solutions. It had an overall displacement of 5998 cc, a maximum power output of 660 hp at 7800 rpm and maximum torque of 67 kgm at 5500 rpm. It also had a compression ratio of 11.2 and a specific power output of 110 CV/lt. The new V12 was completely focused on delivering a unique blend of blistering power, huge torque at low revs and a broad range of use.

Its rear-mounted gearbox was connected directly to the engine with just the F1 version being available. The Enzo’s braking system was specifically developed for it by Brembo and featured CCM (Carbon-Ceramic Material) discs, the first time these had been used on a Ferrari car despite having been employed for years by the Scuderia in Formula 1. This also contributed in no small part to the benchmark braking performance results delivered by the Enzo across the board.