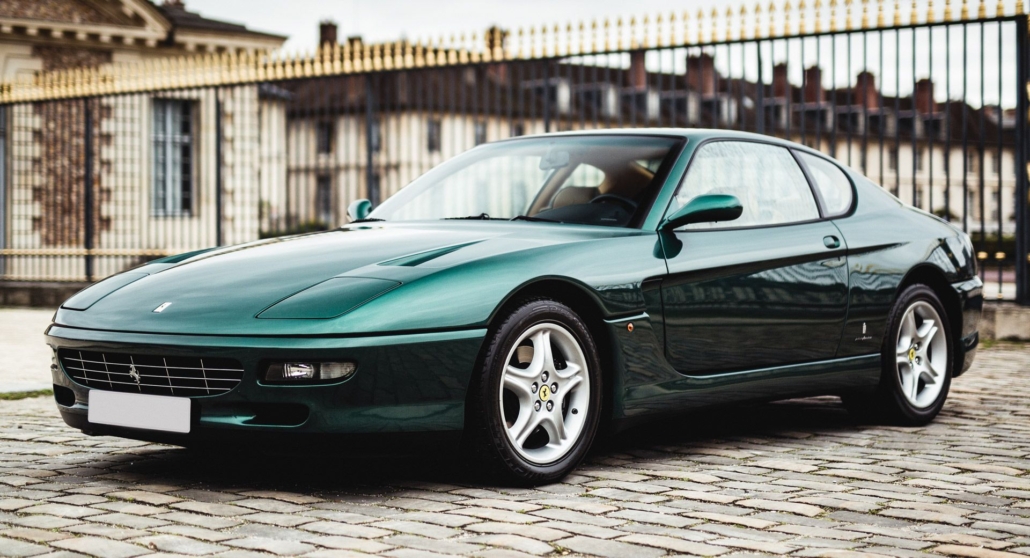 The 456 GT took the luxury 2+2 coupé theme to new heights and saw Ferrari return to the front-engine concept for the first time since the 1968 365 GTB4.

The all-new 65° V12 provided unprecedented flexibility and power.  After a three year period without a V12 engine 2+2 model in the range, the 456 GT was announced on the occasion of Ferrari’s then Belgian concessionaire’s fortieth anniversary in September 1992, making its public show debut in Paris the following month.

The smooth rounded lines from the pen of Pininfarina drew praise from all sides, particularly the modernised reflection of the fabled 365 GTB/4 “Daytona” with the long bonnet, featuring retractable headlight pods, running into a set back cabin. Also inspired by the “Daytona” was the design treatment of the rear of the cabin envelope and tail. Thus although the shape was thoroughly modern, it contained retro trace elements to associate it with the company’s history.

The bodies were mounted on a 2600mm wheelbase chassis, which was 100mm less than the 412 2+2 model, with a front track of 1585mm and rear track of 1606mm. It was constructed in the traditional steel tube fashion, incorporating substructures to support mechanical and body components, bearing factory type reference F 116 CL.

The engine was completely new, the first brand new 12 cylinder unit since the flat twelve “Boxer” unit some two decades earlier, with factory type reference 116 B, and then 116 C.

It also marked a return to the old tradition of the model designation number (456), relating to the approximate swept volume of a single cylinder in cubic centimetres. The interior was sumptuously upholstered in leather as standard, with electronic adjustment facilities for the front seats, which slid forward automatically when the catch was released to afford access to the rear.