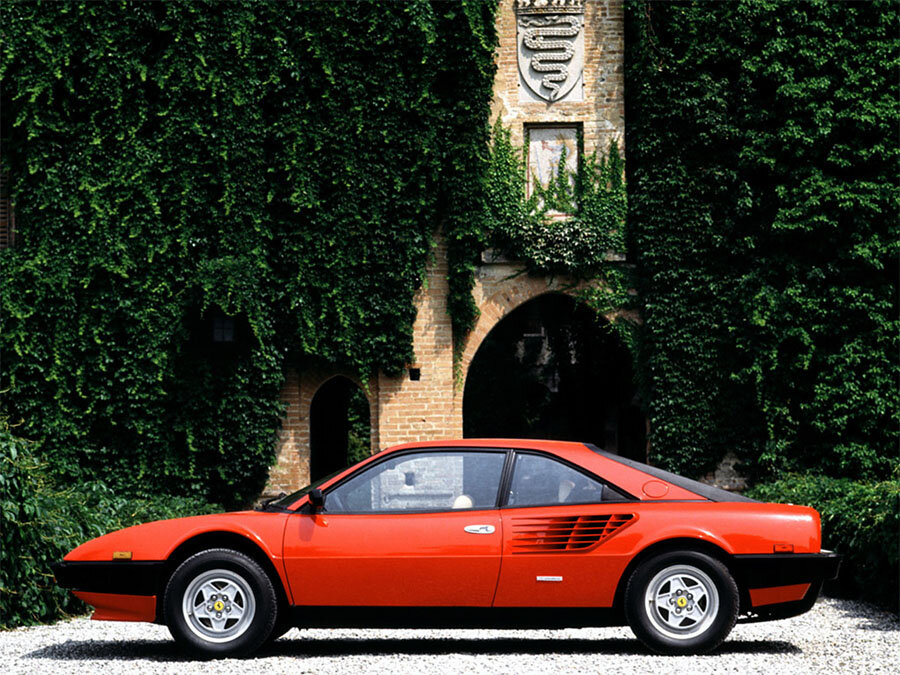 Unveiled to the waiting world at the 1980 Geneva Salon, the new Mondial 8 was very much the successor to the 308 GT4, and the styling marked the return of this high-performance, mid-engined, V8-powered 2+2 coupé to the Pininfarina fold. The Mondial 8 featured a wheel base 10 cm longer than the old model, thereby affording more space to the back seats.

Good anti-corrosion treatment, lots of attention to detail and a more ergonomic interior, plus a class-leading high-performance engine, complete the profile of what truly can be defined as Ferrari’s first car with all-round appeal. Careful selection of the best shots of the Mondial 8 in high definition. The photo gallery shows the distinctive features of this model Ferrari in 1980, focusing on the details and the most important parts. The main European market Mondial 8 models had a tubular steel chassis with factory type reference F 108 AL 100. This featured a bolted rear sub-frame section, so that the complete engine, transmission and rear suspension assembly could be dropped out of the car as a single unit, for ease of maintenance. This feature continued throughout the life of the series. The body was constructed from steel, with an aluminium front lid and engine cover.

As with the concurrent 2 seat models a luggage compartment was provided in the tail of the car behind the engine bay, but on the Mondial 8 it had a separate lid. As with the concurrent Ferrari 2 seat V8 models, the Mondial 8 continued the wedge body shape theme with the radiator grille beneath the front bumper. Where the 2 seat models had very slim satin black bumpers, the Mondial 8 had a much heavier wrap-around black plastic assembly incorporating driving, side and indicator light units at the front, with a similar assembly at the rear, which although balanced looked heavy in comparison. The interior featured four bucket seats, those at the rear separated by a large central armrest with an elasticated oddment pocket above it.

The main instruments and switches were contained in a horizontal rectangular nacelle in the dash top in front of the driver, with ancillary switches in the centre console between the seats to the rear of the open gear change gate. This panel then dropped, with a vertical face containing the radio, to a horizontal section housing a systems monitor panel, then running back to the rear ashtray between the seat belt clips.