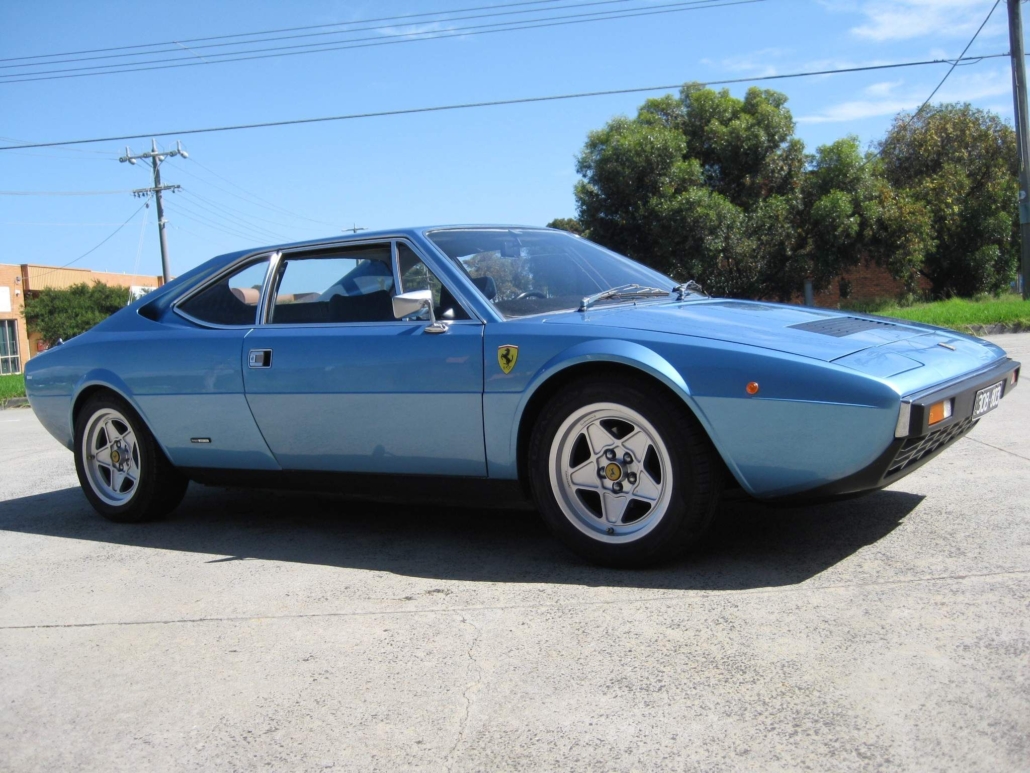 After 20 years of exclusive collaboration with Pininfarina, Ferrari unveiled the Dino 308 GT4, a V8-engined model designed by Bertone a the Paris Motorshow.

The 308 GT4 models were given chassis numbers in the particular Dino even number series, which they maintained even when being produced alongside the true 246 GT/GTS replacement, the 308 GTB/GTS series, which had chassis numbers in the standard Ferrari road car odd-number sequence. In 1975 an Italian market only model, the 208 GT4, was introduced with a 2-litre V8 engine, due to the country’s punitive taxes on cars over that capacity.

There was also a USA market version, easily identified by heavy and somewhat ungainly bumper units, and side marker lights set in the front and rear wings. Surprisingly, due to their long standing close relationship with Ferrari, it was not a design from Pininfarina that clothed the new model, but one from the Bertone studio.

Design of the Fiat Dino coupé was from the pen of Bertone, and according to Bertone it was a suggestion from Fiat that led to them being given the design brief for the new model. The Turin-based designer created an attractive mid-engined 2+2 in a body that was little more than 4.3 metres long, an outstanding achievement.

Ferrari’s 308 GT4 had a tubular chassis with factory type reference F 106 AL 100, whilst the 208 GT4 chassis carried type reference F 106 CL 100. Disc brakes, with independent suspension via wishbones, coil springs, and hydraulic shock absorbers, were provided all round, with front and rear anti-roll bars. Within the angular body shape there were some very nice design details, like the boomerang shaped air intakes on the sail panels that bordered the rear quarter glass, and the tunnel effect of the inner sail panels to the flat vertical rear screen.

A V8 engine was of 90-degree configuration, like that of the 308 GTB, with belt-driven twin overhead camshafts per bank, having a total capacity of 2926cc, with a bore and stroke of 81mm x 71mm, bearing factory type reference F 106 AL 000. The bore and stroke was the same as the 365 series 12-cylinder engines of the period.