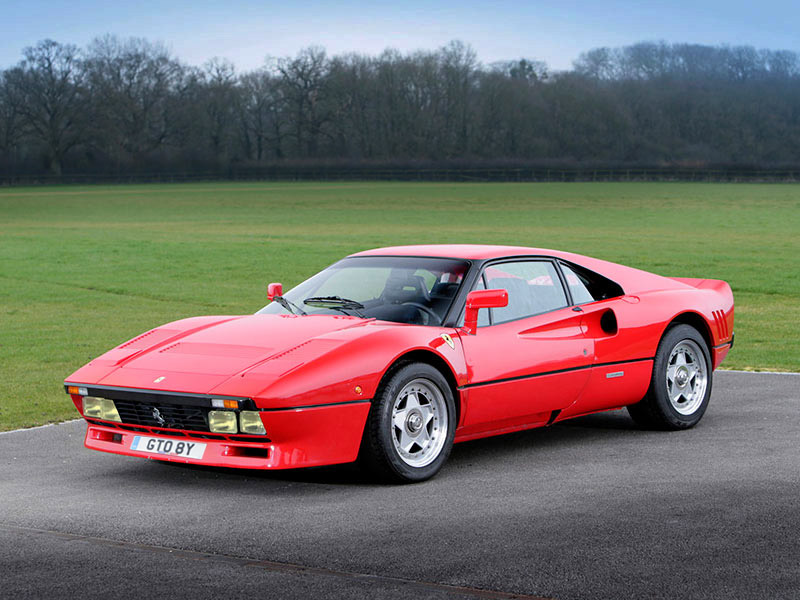 Announced by Enzo Ferrari in September 1983, and unveiled at the Geneva Motor Show in March 1984, the GTO (also known unofficially with the 288 prefix) sparked off a wave of enthusiasm. The legendary name, the stunning styling by Pininfarina, the engine with its seemingly inexhaustible power (2.8 litres and 8 cylinders) and the widespread use of composite materials, made the GTO the closest thing to a racing car.

However, the regulations changed so here was a competition orientated car with nowhere to compete. There was no need to worry, as the car had created such a sensation at the Geneva Salon that the planned production run was soon sold out. In fact there were more buyers than cars available, and eventually the total production run became 272 examples. The GTO was the real starting point for the “Supercar Syndrome”, showing that there was a market for a low volume production, extreme performance sports car, at almost any cost! Before people had even taken delivery of their GTO the contract had been sold on, sometimes more than once, and with each change of hands came a healthy profit for the vendor.

Even though they were visually similar both inside and out, and both were powered by a V8 engine, that was the extent of the similarities between the GTO and the 308 series. Although based on the 308 series silhouette, the GTO shared very few common components, the wheelbase was longer, the mid mounted engine was placed longitudinally in the chassis, and the majority of body panels were constructed from composite materials or resin mouldings. The bodies were mounted on a 2450mm wheelbase chassis, which was 110mm greater than that of the 308 models, but the overall length was 5mm less, due to a reduced rear overhang. The chassis had factory reference numbers F 114 AB 100, with the construction following the Ferrari principle of a tubular steel chassis frame with cross bracing, and sub structures, to support the engine, suspension, and ancillary equipment, incorporating a safety roll over hoop in the cabin section.