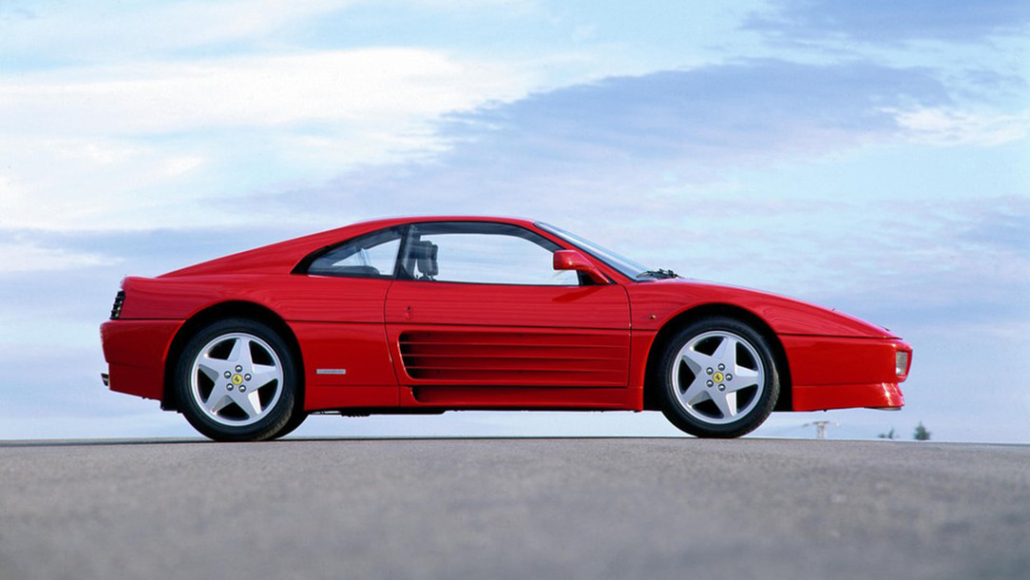 Heir to the 328 GTB, the 348 TB was actually a completely new car, which offered a new interpretation of the two-seater mid-engined V8 berlinetta.

The body combined styling cues from the Testarossa – along the flanks – with ones from classic models of the past (such as the front-end treatment, reminiscent of the 375 MM). Careful selection of the best shots of the 348 TB in high definition.

The 348 in the model name referred to the 3.4 litre engine capacity and eight cylinders, whilst the “t” in the designation referred to the transverse gearbox mounted at the rear of the engine. This was the first completely new model announced by the company subsequent to the death of Enzo Ferrari in August 1988.

The new model was a radical departure from the design philosophy of its predecessor, not only in the mechanical layout, but also in the style of the body, and the chassis construction. Along with the sister 348 ts model, this was the first series production Ferrari not to have a separate tubular steel chassis frame. Instead it used a pressed steel chassis, with a separate tubular steel engine sub-frame bolted to it, with the body panels robot welded, and bolted, to the main structure.

The wheelbase was 100mm more than the 328 model that it succeeded at 2450mm, and the chassis carried factory type reference F 119 AB on the berlinetta.

The interior featured a pair of leather trimmed seats with manual adjustment, featuring supportive side bolsters, adjustable head restraints and three point inertia reel seat belts. The main instruments were housed in a deep binnacle ahead of the three spoke leather trimmed steering wheel, whilst on the passenger side a glove box was provided in the dash face.

Between the seats there was a centre console running into the lower edge of the dashboard, incorporating ancillary instrumentation and switch-gear, together with the gear lever in the traditional open gate. Electrically operated windows and door mirrors were provided, whilst the latter had heating elements, which were actuated by the rear screen demister switch.