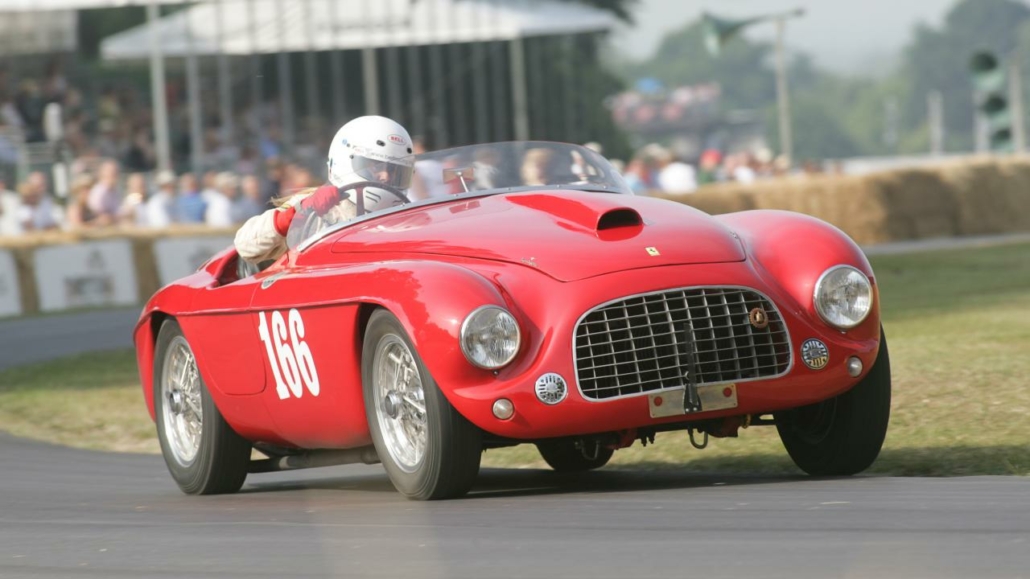 Technically the 166 MM was very similar to rest of the 1940’s Ferrari’s, and shared the tubular frame that was characteristic for all of the company’s sports cars of this time . Suspension was equally straightforward with wishbones at the front and a live rear axle at the rear. Where the early Ferrari’s really excelled was in the engine compartment, which housed the beautifully Gioacchino Colombo designed V12. In its first configuration the tiny engine only displaced 1.5 litre, but in its third incarnation had grown in size to just under two litres or 166 cc per cylinder.

What set the 166 MM apart from the previous Ferrari racers was the new car’s body design and construction, for which a third party was commissioned. What the small car needed was a lightweight body; a task ideally suited for Touring of Milan whose Superleggera designs were the lightest available. At the car’s Turin launch the press quickly dubbed the Touring body style fitted ‘Barchetta’, which is Italian for little boat. The name stuck, as did the design, which today is the most famous Touring design ever fitted on a Ferrari chassis.

With only 25 models of the 166 MM ever being made and even fewer around today – these cars have been known to reach more than £3 million in the right market, But the history of the car plays a massive part of the final valuation.