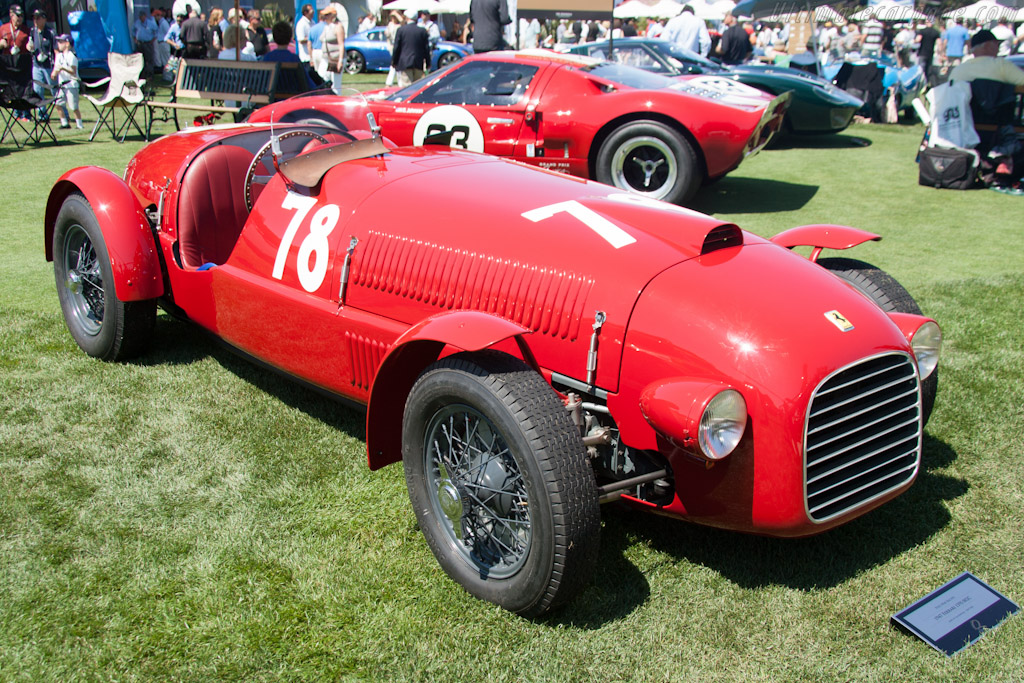 Developed from the 125 S whose engine was increased to 1903 cc by boring it out and working on the stroke.

This model was equally fitted out with a monocoque body with separate mudflaps as more attention was now being paid to improving the aerodynamic penetration coefficient of the car as technology evolved.

Used in only three competitions, but brought the newly founded Ferrari its first international victory, the Turin Grand Prix won by Raymond Sommer in 1947.

Only two 159 S models were ever built from the remains of the 125 S models. One of the 159 S cars was rebuilt as a 166 Spyder Corsa – and is thought to be the oldest Ferrari in existence, presently in a private collection. Its  impossible to give this model a price.