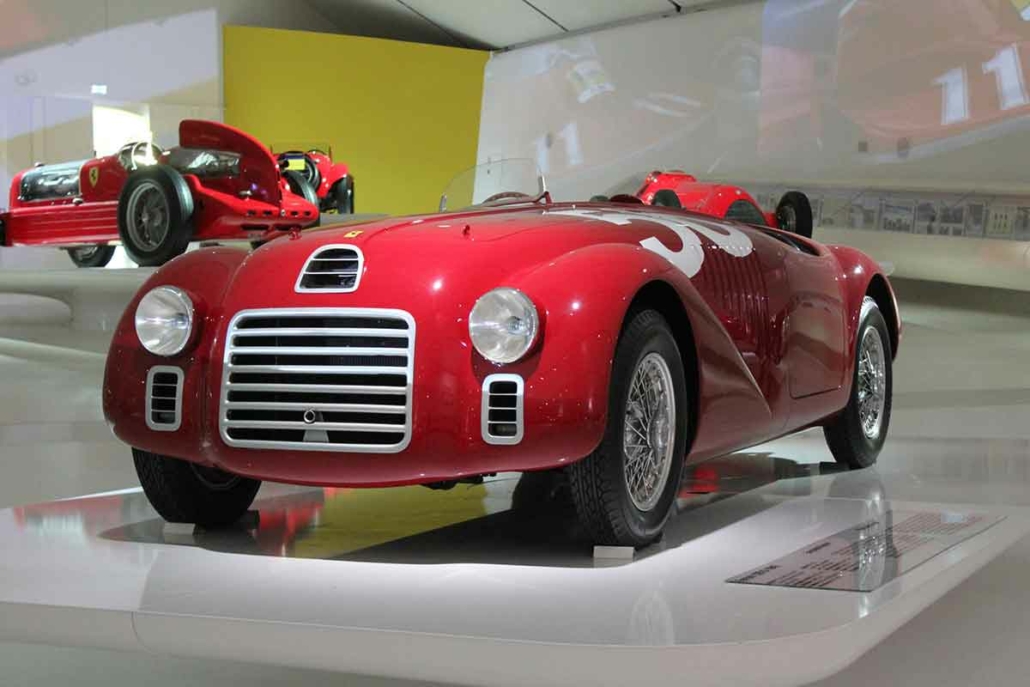 This was the very first car to wear the Ferrari badge. The V12 engine was designed by Gioacchino Colombo with contributions from Giuseppe Busso and Luigi Bazzi.

Sport and competition versions of the 125 S were built with different bodywork although the chassis and running gear of the cars remained basically identical.

The 125 S’s debut was on the Piacenza circuit, over the following four months, the 125 S returned to the track 13 times, winning six of its races.

There are no original 125 S models in existence – which is a tremendous shame.

Recently, the chassis with serial number 010I was used in the restoration of a 125 S. The story goes that 01C was re-stamped as 010I, and sold to a customer as a new car.

Upon taking receipt of the car, the new owner immediately exclaimed, muletto!, which means “Test mule” in Italian, as he could clearly see that his supposedly new car was in fact a used, well-raced car.

Ferrari made a new invoice for the car, including a considerable rebate given the car’s second-hand nature.

01c Still in 166 Spyder Corsa configuration, the car was recently sold to Symbolic Motors. Close inspection of the chassis and its serial number led to the discovery of an old stamping that could possibly read 01C. It had been covered by an aluminum plate which bore the serial number 010I.

Subsequently, the car was sold to its current owner, who refitted the chassis with a body similar to the factory’s 125 S replica, which was built by Michelotto in 1987.

The alleged 01C made its public debut at the Pebble Beach Concours d’Elegance, and was entered as a “Ferrari 125 S”. The car continues to be the subject of much debate among Ferrari historians and enthusiasts; recent developments indicate that the re-stamped serial number was in fact a correction and not an alteration.