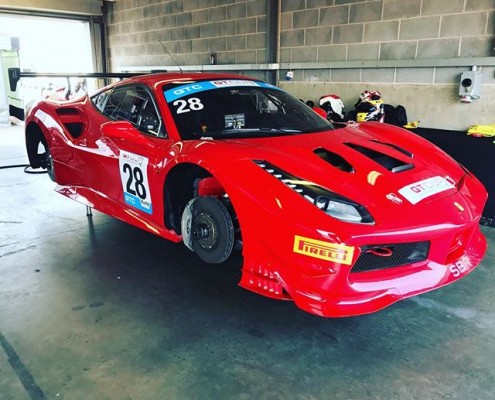 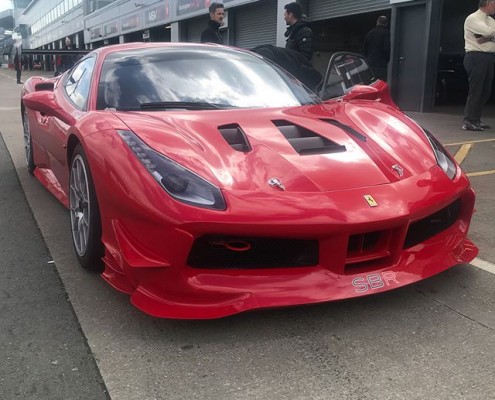 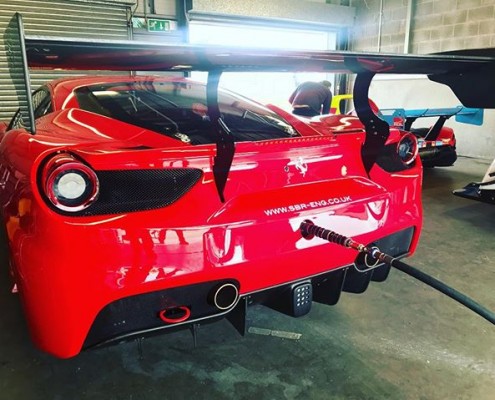 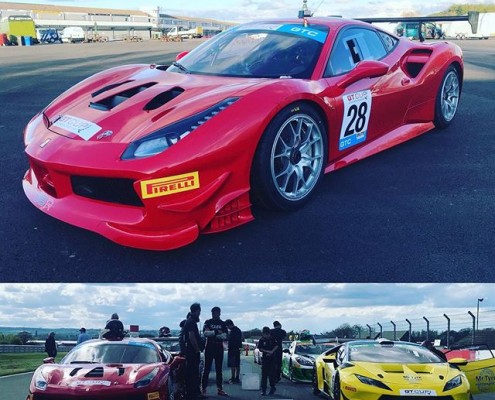 The 21st of April saw the start of the race season for SBR. The first round of GT Cup at Donington Park circuit. SBR have entered a new car for this season, a Ferrari 488 Challenge car.

With only a two test days fitted in with the new car before the race, we managed to get a usable set up for the car to suit the gentleman driver Paul Bailey and his new Pro driver Phil Glew for the first round.

The pre-race warm up and qualifying went well, giving us much need new data for the new car. Qualifying 5th overall and 2nd in class Paul went on to secure two 2nd in class finishes on the Saturdays two 25 min sprint races.

Sunday was time for the 50 min two driver race. After qualifying 2nd in class Paul started the race. Sadly Paul lost two places on the first lap/start, despite Pauls lap times being quicker, he had trouble getting past the Lamborghini Huracan in the GTO class which made chasing down the 1st placed GTC class car hard. Phil jumped in for his start at the half way mark, unfortunately the team received a drive through penalty for being half a second too fast on the pit stop!

A spirited drive from Phil kept us in contention for a podium finish in class with him finishing the race second in GTC class.

SBR Win in Class at Spa!
Scroll to top
We use cookies to ensure that we give you the best experience on our website. If you continue to use this site we will assume that you are happy with it.OkPrivacy policy