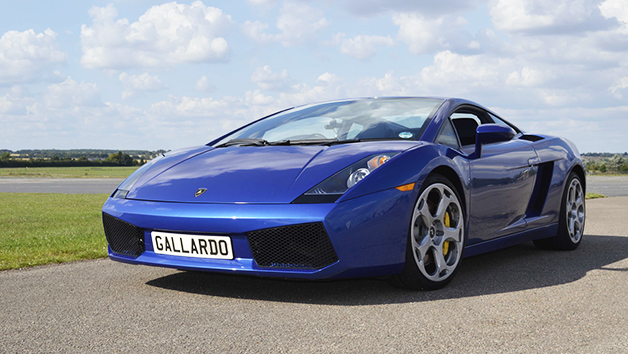 The Lamborghini Gallardo  is a sports car built by Lamborghini from 2003 to 2013. It was Lamborghini’s first best-selling model with 14,022 built throughout its production run. Named after a famous breed of fighting bull, the V10 powered Gallardo has been Lamborghini’s sales leader and stable-mate to a succession of V12 flagship models—first to the Murciélago (4,099 built between 2001 and 2011), then to the current flagship, the Aventador. On 25 November 2013, the last Gallardo was rolled off the production line. The Gallardo was replaced by the Huracán in 2014.

Gallardo was designed by Luc Donckerwolke and was based on the 1995 Calà prototype designed by Italdesign Giugiaro.

The first generation of the Gallardo was powered with an even firing 4,993 cc (5.0 L) 90 degree V10 engine generating a maximum power output of 500 PS (368 kW; 493 hp). The Gallardo offers two choices of transmissions, a conventional (H-pattern) six-speed manual transmission, and a more advanced six-speed electro-hydraulically actuated single-clutch automated manual transmission, similar to a Formula One style single-clutch sequential gearbox, which Lamborghini abbreviates to “E-gear”. The “E-gear” allows the driver to change gears much faster than they could with a manual transmission. The driver shifts up and down via paddles behind the steering wheel, but can also change to an automatic mode via the gear selector located in place of the gear shift lever.