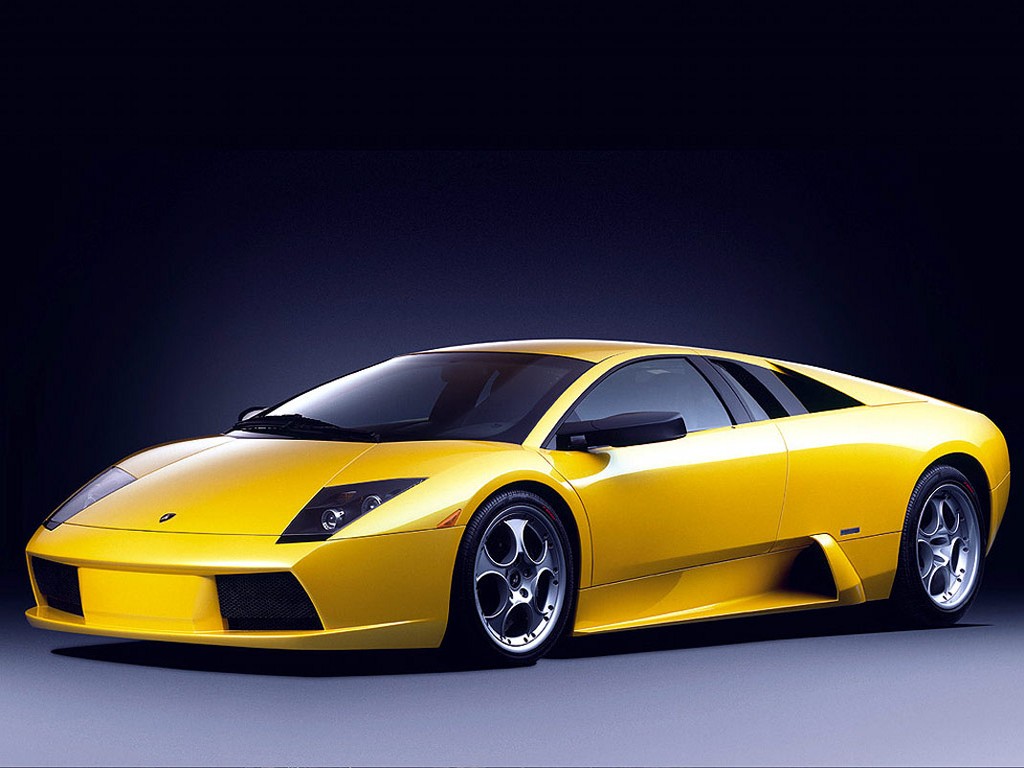 The Murciélago is an all-wheel drive, mid-engined sports car. With an angular design and an exceptionally low slung body, the highest point of the roof is just under 4 feet (1.2 m) above the ground. One of the vehicle’s most distinguishing features are its scissor doors which lend to the extreme image. The First-generation of the Murciélago was produced between 2001 and 2006 and was powered by a Lamborghini V12 that traces its roots back to the company’s beginnings in the 1960s. The rear differential is integrated with the engine itself, with a viscous coupling centre differential transferring power to the front wheels. The total power distribution is 70 percent at the rear and 30 percent at the front. Power is delivered through a 6-speed manual transmission. The suspension utilised in the car uses an independent double-wishbone design, and the bodywork mostly features carbon fibre except for the steel roof and aluminium scissor doors. The car utilised an aluminium spaceframe chassis in order to keep the car light weight. The active rear wing and the active air intakes integrated into the car’s shoulders are electromechanically controlled, deploying automatically only at high speeds in an effort to maximize both aerodynamic and cooling efficiency. The interior was also more comfortable and ergonomic than its predecessor sporting a simple and clean look with all the major controls along with the gearshift knob integrated into the central tunnel.

In a continuation of Lamborghini’s tradition of naming its cars after stars from the world of bullfighting, the Murciélago is named after a fighting bull that survived 24 sword strokes in an 1879 fight against Rafael “El Lagartijo”Molina Sánchez, at the Coso de los califas bullring in Córdoba, Spain. The bull, which came from Joaquin del Val di Navarra’s farm, was later presented as a gift to Don Antonio Miura, a noted local breeder; thus began the famed Miura line of fighting bulls, and the name for one of Lamborghini’s greatest designs.