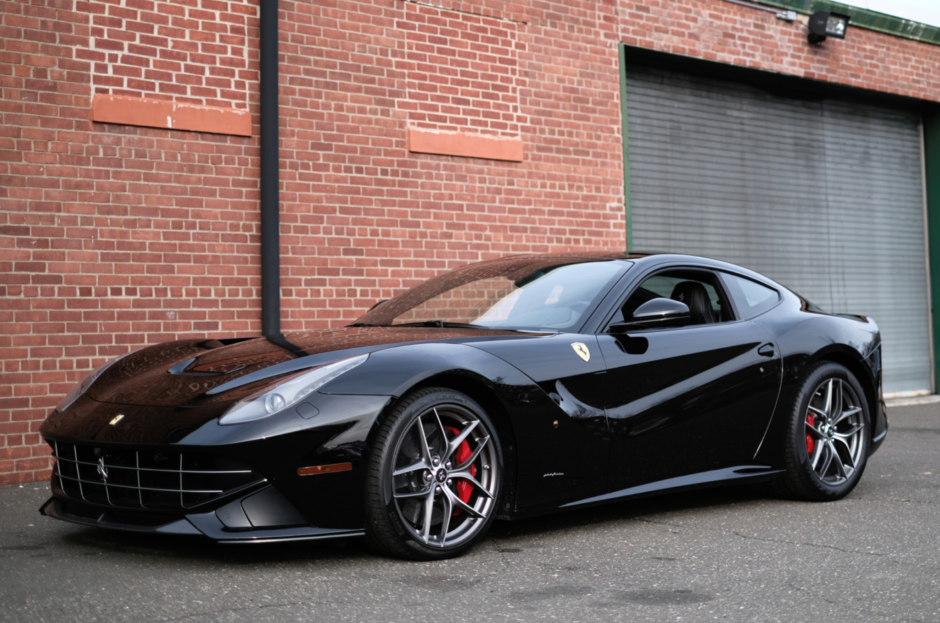 It has a maximum power output of 740 CV at 8250 rpm, while its specific power output is 118 CV/l, a record for this kind of engine. Responsiveness and strong pick-up are assured by maximum torque of 690 Nm, 80 per cent of which is already on tap at 2500 rpm.

Exceptional strides have also been made with regard to fuel consumption and emissions both of which have been slashed by 30% to 15l/100 km and 350 g/km of CO2, making the F12berlinetta a benchmark for its reference segment. Its wheelbase is also shorter, the engine and driver seat have been lowered and the rear in more compact thanks to the new suspension and gearbox layout. It is a shorter, lower and narrower car than the previous V12 coupé. Weight distribution is ideal too (54% at the rear) while the centre of gravity is lower and has been moved rearwards in the chassis.

The F12 Berlinetta’s spaceframe chassis and bodyshell are both entirely new. In fact, they incorporate no less than 12 different aluminium alloys, some of which have never been used before in the automotive industry. Various assembly and component joining technologies are also used. This has helped keep the car’s weight down (to 1525 kg) and maximise the efficiency of its performance (torsional rigidity has been increased by 20 per cent).

The F12 Berlinetta’s aerodynamics were developed hand-in-hand with its styling, and incorporate a wealth of innovative solutions. These include the Aero Bridge, which uses the bonnet for the first time to create downforce, and Active Brake Cooling, a system of guide vanes on the brake air ducts which open only if brake operating temperatures are high enough. The result is that it is the most overall aerodynamically efficient Ferrari ever, a fact attested to by a figure of 1.12 (double that of the 599 GTB Fiorano) with Cd of just 0.299 and downforce of 123 kg at 200 km/h. The fruit of the collaboration between the Ferrari Style Centre and Pininfarina, the F12berlinetta’s styling focuses on brilliantly balanced proportions.

It has an original, innovative look with many signature elements from the Ferrari 12-cylinder tradition. The car is clothed in sleek, aggressive lines and despite its compact exterior size, offers an absolutely superb standard of in-cabin space and comfort. The rear of the F12berlinetta is characterised by a modern, functional reinterpretation of the Kamm tail which seamlessly integrates the two vertical fences of the rear diffuser.