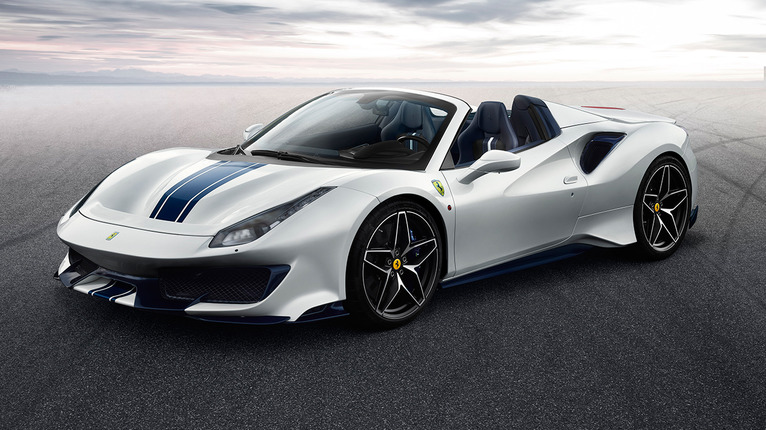 It combines the finest race-developed technological solutions with the joy of en plein air driving to deliver an exhilarating experience behind the wheel.

The model’s engine, dynamics and aerodynamics are derived from two track cars: the 488 Challenge and the 488 GTE.

The latter won the GT class of the FIA World Endurance Championship in 2017, thus giving Ferrari a total of five GT Manufacturers’ titles since the championship’s inception in 2012.

Furthermore, this model has very clearly benefited from the extensive development work done to produce the coupé version, the 488 Pista.

The Ferrari 488 Pista Spider sports the most powerful V8 engine in Maranello history which was also named Best Engine for the third consecutive year at the 2018 International Engine of the Year Awards The 488 Pista Spider’s target client is a typical diehard Ferrarista who already owns other Ferrari spiders.

These are drivers that want to feel all the power and speed the 488 Pista Spider is capable of yet also enjoy drop-top driving and the soundtrack of that unparalleled engine.