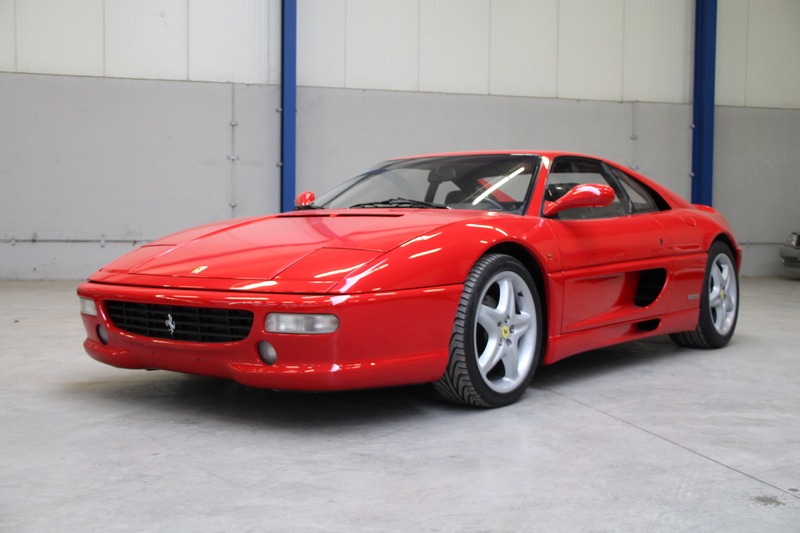 Unveiled at the 1994 Geneva Motor Show, the F355 Berlinetta quickly became the benchmark in its class. The increased power of the new 5-valve per cylinder V8 was complemented by a truly exceptional chassis, with extremely efficient, electronically controlled suspension.

The design of every new Ferrari model is, by definition, heavily influenced by the Marque’s culture and experience combined with innovations developed as a result of both active experimentation and research. The result is a melding of style and engineering that delivers superb performance across the board.

In the case of the Pininfarina-designed F355, the fusion of familiar elements with more powerfully innovative ones resulted in a truly unprecedented car that guaranteed the same signature Ferrari emotions as ever. The F355 was a masterful piece of engineering as its 109 hp/litre specific power output attests. The latter value and its impressive torque were achieved by adopting a new five-valve cylinder head. The car’s 3496 cc engine punched out 380 hp. Its blistering performance figures were the result of aerodynamic honing that focused specifically on the underbody.

The two-seater F355 Berlinetta had an aluminium and steel body. Its styling was moulded around an aerodynamically severe design that included a full-body undertray designed to equalise downforce (Cl) between the two axles. The cabin was designed with both safety and driving pleasure in mind. The seats and trim were Connolly leather. Composite racing seats were also available to order. The chassis was a steel monocoque with a tubular steel rear sub-frame for the engine-suspension assembly. Both front and rear suspension used independent unequal-length wishbones and coil springs over gas-filled telescopic electronic dampers with two settings. The car also has anti-roll bars. The steering was rack and pinion with power-assist, and optional mechanical gear. The brakes had self-venting discs and excludable ABS ATE. The 18” wheel rims were magnesium. The mid-rear 3496 cc 90° V8 was longitudinally mounted and punched out 380 hp, giving it a specific power output of 109 hp/l. Distribution was by means of twin overhead cams with five valves per cylinder. The con rods were titanium, while the control unit was the Bosch M5.2. Dry sump lubrication and a six-speed plus reverse mechanical gearbox completed the picture along with a dry single-plate clutch.