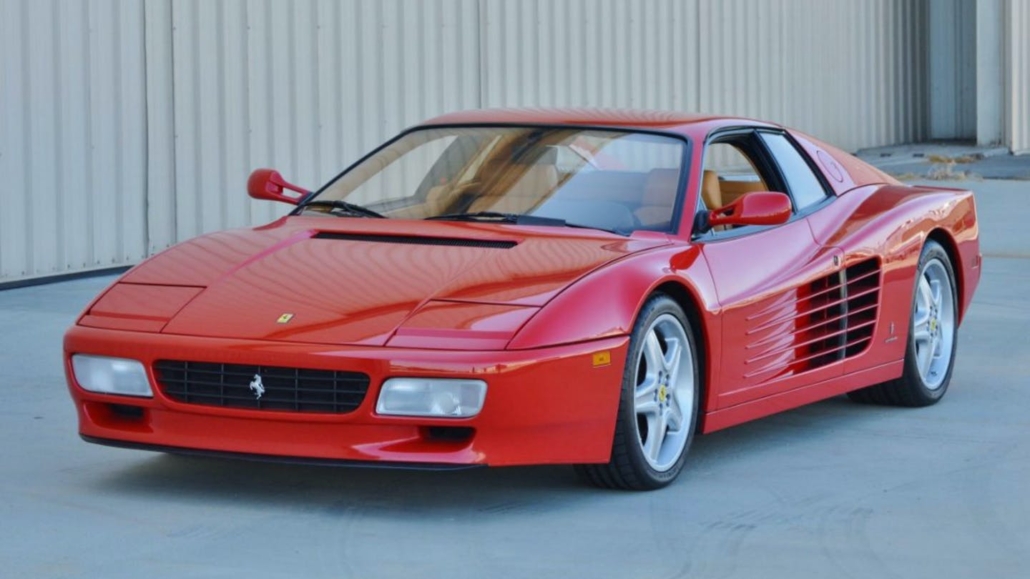 The 512 TR was the evolution of the Testarossa and production started in 1991.

The interior was redesigned to increase comfort and ergonomics and the exterior facelift was designed to improve aerodynamics.

The 512 TR was the replacement for the Testarossa, and was announced for the 1992 model year.

The new car witnessed a return to a model title using characters, with the figure “5″ referring to the cubic capacity of the engine in litres and the “12″ to the number of cylinders, whilst the “TR” was an abbreviation of Testarossa (Testa Rossa). As with the Testarossa, the bodies were mounted on a 2550mm wheelbase chassis, which carried factory type reference F 110 HB, and was of virtually identical construction to that of the preceding model.

All chassis numbers were in the continuous number sequence, with various world market models produced in either left or right hand drive form.

The new nose treatment bore a family resemblance to that of the 348 model introduced in 1989, in the shape of the dummy grille bearing a chrome plated “Cavallino Rampante” bounded by the combined side, turn indicator, driving light units.

At the rear the valance was redesigned, providing more sculpted curves, with a change of shape for the registration plate recess.

The four valves per cylinder, flat twelve, dry sump engine was an upgraded version of that used in the Testarossa, maintaining the same cubic capacity of 4943cc, with an 82mm x 78mm bore and stroke, and had factory type reference number 113 G.