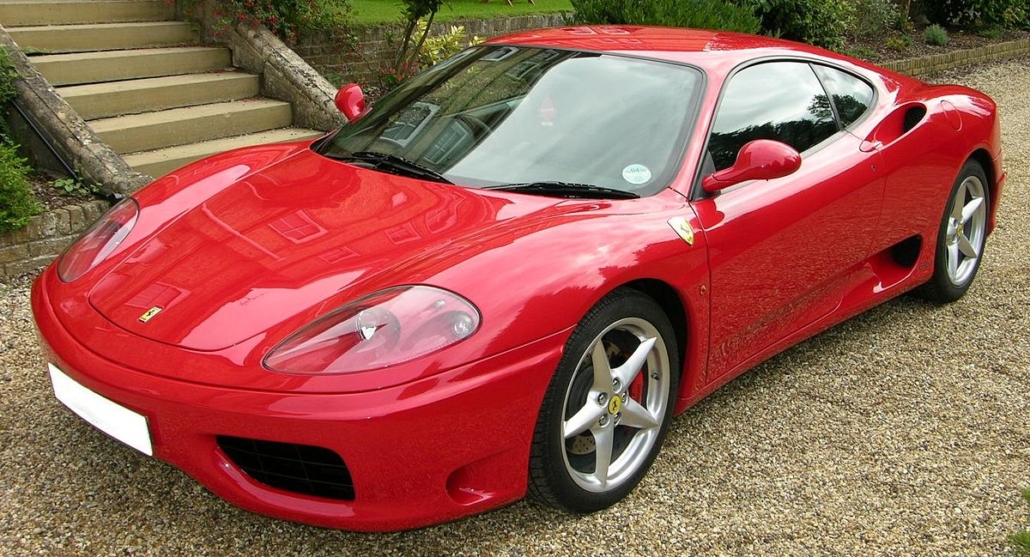 The 360 Modena is a clean-sheet design which anticipated trends for future Ferrari road cars.

These include lower weight combined with greater chassis rigidity – seemingly contrasting objectives that have been achieved by employing innovative construction technology.

The 360 Modena, was announced at the 1999 Geneva Salon, to replace the beloved F355 range that had enjoyed a five year production run with no cosmetic changes during its lifespan.

After the charismatic beauty of the F355, the 360 Modena was a radical departure from Ferrari classicism, as gone was the central egg crate “radiator” grille. This had been a Ferrari feature from what seemed like time immemorial, even if it had only been a dummy on some models like the Testarossa, 348 and the F355.

The 360 Modena was the first Ferrari road car to feature a full aluminium monocoque chassis, which was developed in conjunction with Alcoa. The chassis was constructed from varying section aluminium extrusions, welded together via twelve aluminium nodes. This construction provided 40% greater rigidity and a 28% weight saving compared to the F355 model which it replaced, despite being dimensionally 10% larger overall.

The chassis had factory type reference F 131 AB M, for the manual gearbox car, and F 131 AB E for the version with the F1 gearshift assembly. The chassis had a 2600mm wheelbase, which was 100mm greater than the concurrent front engine V12 550 Maranello model, and 150mm more than the succeeded F355, with a front track of 1679mm and rear track of 1617mm, both of which figures are also greater than the models already mentioned.

All were numbered in the continuous chassis number road car sequence, in the range from 104376 to 136686. The engine was a derivation of that designed for the F355 with a small increase in cubic capacity to 3.6 litres, hence the 360 model designation.

The interior was upholstered in leather as standard, with electronic adjustment facilities for the seats available as an option, with a luggage void behind them capable of housing a set of golf clubs, or a pair of slim suitcases. The occupants were reminded of the emphasis of aluminium in the construction, with aluminium panels covering part of the centre console, the lower door panels and the face of the instrument binnacle.