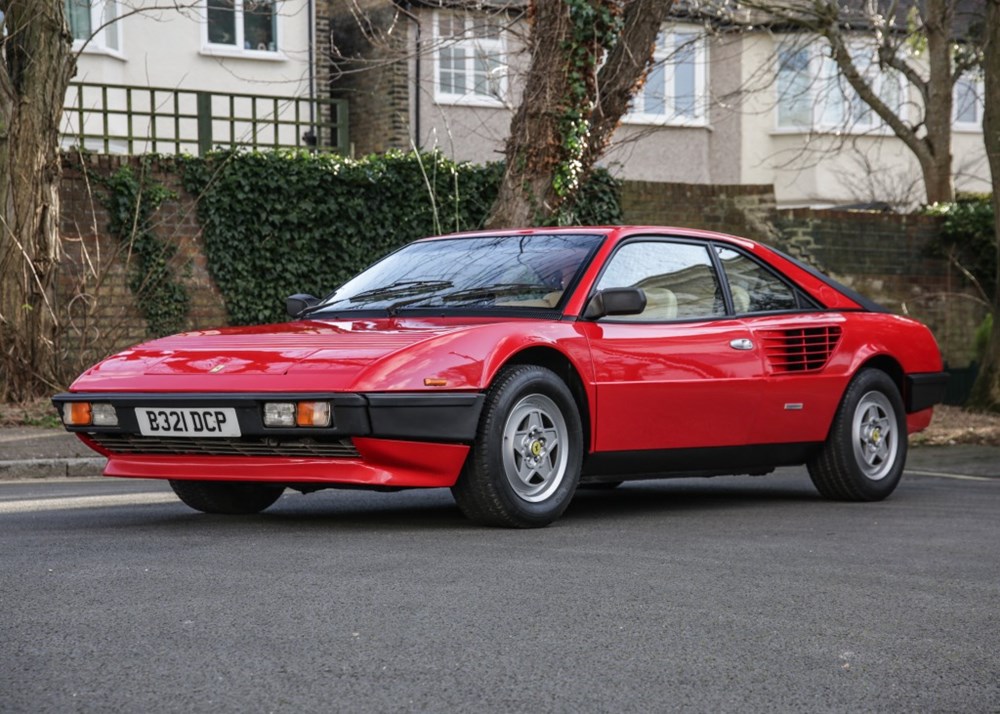 While all manufacturers (including Ferrari on its smaller capacity V8s) were pursuing the turbo route to increase power and performance (at the cost of higher fuel consumption and more costly mechanics), for this more mainstream sports car Ferrari’s engineers decided to opt for the 4-valve per cylinder engine. As with the Mondial 8, the Mondial Quattrovalvole continued the same wedge body shape theme with the radiator grille beneath the front bumper.

Apart from the four valves per cylinder heads, the V8 engine of the Mondial Quattrovalvole was basically the same design as that used in the Mondial 8 model, fitted with Bosch K Jetronic fuel injection and Marelli MED 803A Digiplex electronic ignition to produce a claimed 235bhp for main European market versions, and 230bhp for US market versions. It was of a 90 degree configuration, with belt driven twin overhead camshafts per bank, having a total capacity of 2926cc, with a bore and stroke of 81mm x 71mm, bearing factory type reference F 105 A 000 for European market cars.