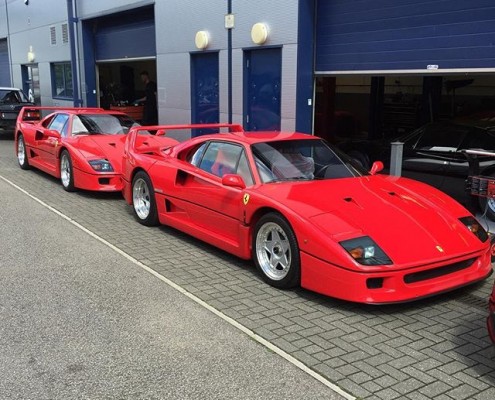 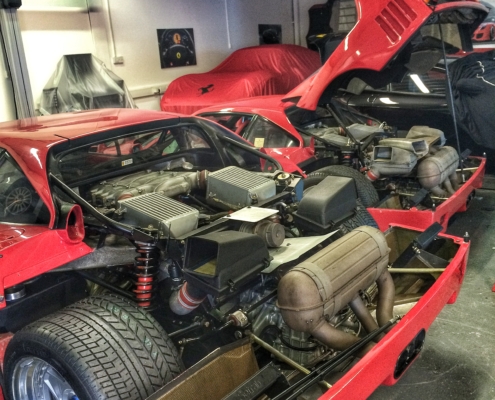 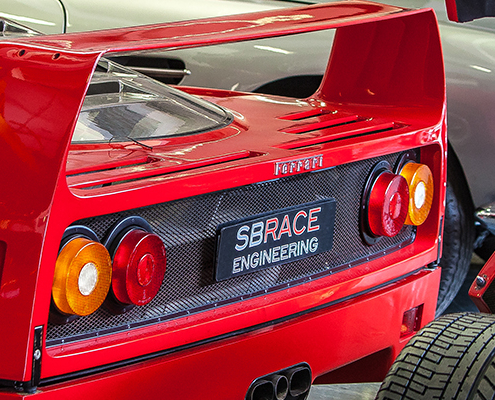 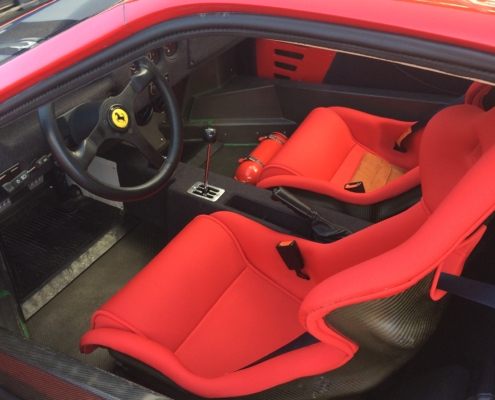 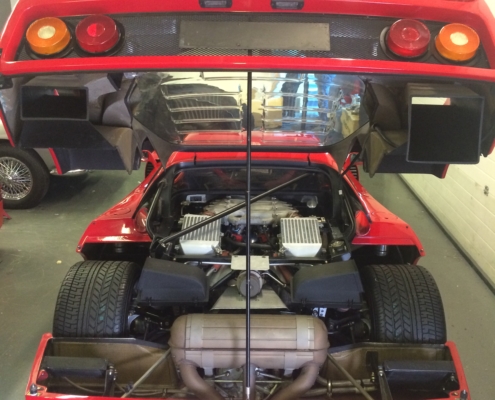 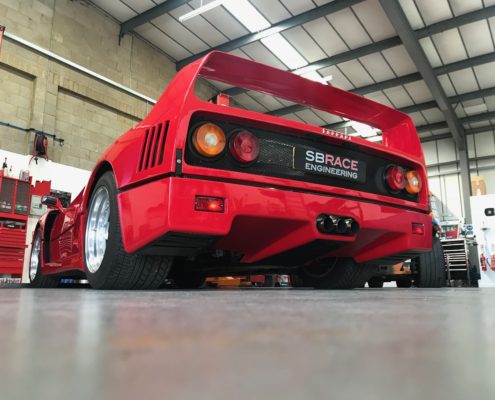 The F40 was built to celebrate Ferrari’s 40th anniversary. A very fast berlinetta designed by Pininfarina, it was built mainly from composites. Its sophisticated high-performance, turbo-charged running gear combined with a first class chassis gave it the kind of great dynamic prowess that was close to that of a racing car. Careful selection of the best shots of the F40 in high definition.

A total of five “Evoluzione” models were built for evaluation purposes, four of which were eventually sold to private clients, and the fifth retained by the factory. When the F40 was eventually announced in the middle of 1987 its Pininfarina designed body took everybody’s breath away, it was raw and mean, a car that looked like a racing model, but that was totally road legal and could be driven to the shops if desired. The F40 model title was derived from “F” for Ferrari and 40 represented the fortieth anniversary of Ferrari car production. It was also the last new car presentation attended by Enzo Ferrari before his death in August 1988. The bodies were mounted on a 2450mm wheelbase chassis, as on the 288 GTO, but both front and rear track were increased, as was the overall length mainly due to the longer more aerodynamic nose.

F40’s chassis had factory reference numbers F 120 AB, all were numbered in the continuous chassis number road car sequence, which commenced from chassis number 75000. The construction followed the Ferrari principle of a tubular steel chassis frame, now with a progressively deformable front section to meet increasing legislation worldwide. The overall premise was similar to that of the GTO, however there were additional stiffening braces, and the composite elements were bonded to the chassis frame with a special adhesive to provide even greater strength.

A mid mounted engine was the 90 degree V8 unit fitted longitudinally as in the 288 GTO. However the development work on the “Evoluzione” models in the interim saw a small increase in capacity, a slightly higher compression ratio of 7.7:1, a rise in boost pressure, and numerous other changes that resulted in a significant increase in power output and also improved torque. The total cubic capacity was 2936cc, with an 81.9mm x 69.5mm bore and stroke, and factory type reference F 120 A. As with the 288 GTO, you could have any colour you liked, as long as you liked red! Similarly if you wanted one then it had to be left hand drive, although this time a USA market version was made available. This can be identified externally by a deep black rubber chin spoiler, front side marker lights in the body side indent line, which also has a black rubber insert in the tail section, with a rear side marker light above the indent line on the rear wings. One concession was made to creature comfort, as air conditioning was fitted as standard.