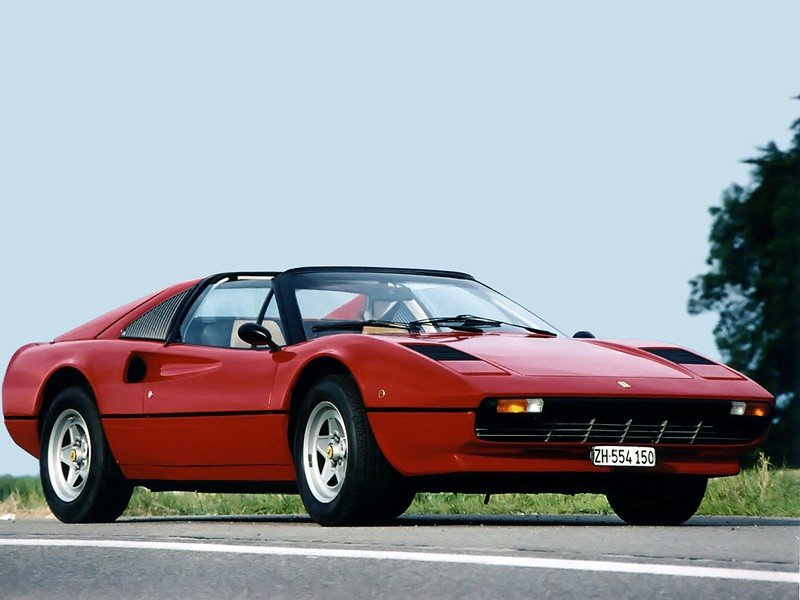 This spider version of the 308 GTBi shared both its line and engine. The fuel injection system gave both models much smoother power delivery.

Unfortunately, meeting anti-pollution regulations meant that a few horses had to go, and the cleaner engines were less powerful than the previous carburettor ones.

Aware of this situation and the need to re-establish its cars at the top their class, Ferrari immediately began further development of the V8 engine with the aim of increasing power whilst still keeping exhaust emissions within acceptable levels.

As with the exterior, the interior was very similar to the 308 GTS model, the main differences being that the leather trimmed bucket seats had a different stitch pattern, whilst the main instruments were maintained in a hooded nacelle in front of the driver, the clock and oil temperature gauge were moved to a panel at the front of the centre console to make them more easily visible in a separate panel on the lower left edge of the dashboard.

The main European market 308 GTSi models had a tubular chassis with factory type reference F 106 BS 100. Disc brakes, with independent suspension via wishbones, coil springs, and hydraulic shock absorbers, were provided all round, with front and rear anti roll bars.

All models were numbered in the Ferrari odd number road car chassis sequence, with both right and left hand drive available. Production ran from 1980 through to the beginning of 1983, during which time 1749 examples were produced in the chassis number range 31309 to 43079.