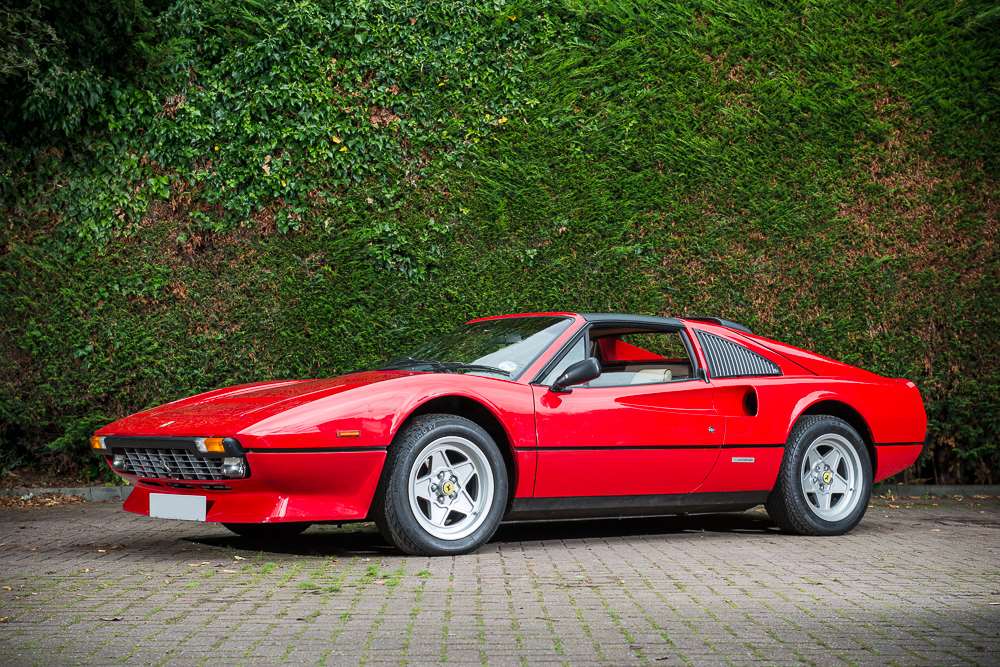 As with the preceding 308 GTB and 308 GTBi models there was a targa roof version available, which was called the 308 GTS quattrovalvole.

This version is easily identifiable by the removable black roof section and the satin black triangular shaped louvres covering the glass in the sail panels.

Visually the new model was very similar to the outgoing one, but could be recognised by the addition of a slim louvre panel in the front lid to aid radiator exhaust air exit, paired electrically operated door mirrors with a small enamel Ferrari badge on the shell, a revised radiator grille with rectangular driving lights at the extremities, and rectangular (instead of round) side repeater lights.

The V8 engine was essentially of the same design as that used in the 308 GTSi model, apart from the four valves per cylinder heads. It was of a 90 degree configuration, with belt driven twin overhead camshafts per bank, having a total capacity of 2926cc, with a bore and stroke of 81mm x 71mm, with wet sump lubrication, bearing factory type reference F 105 AB 000 for European market cars.

The claimed power output for main market European cars was 240bhp at 7000rpm, and 235bhp at 6800rpm for US market variants.

The engine was transversely mounted in unit with the all synchromesh five speed transmission assembly, which was below, and to the rear of the engine’s sump.

All models were numbered in the Ferrari odd number road car chassis sequence of the time, with right and left hand drive available.