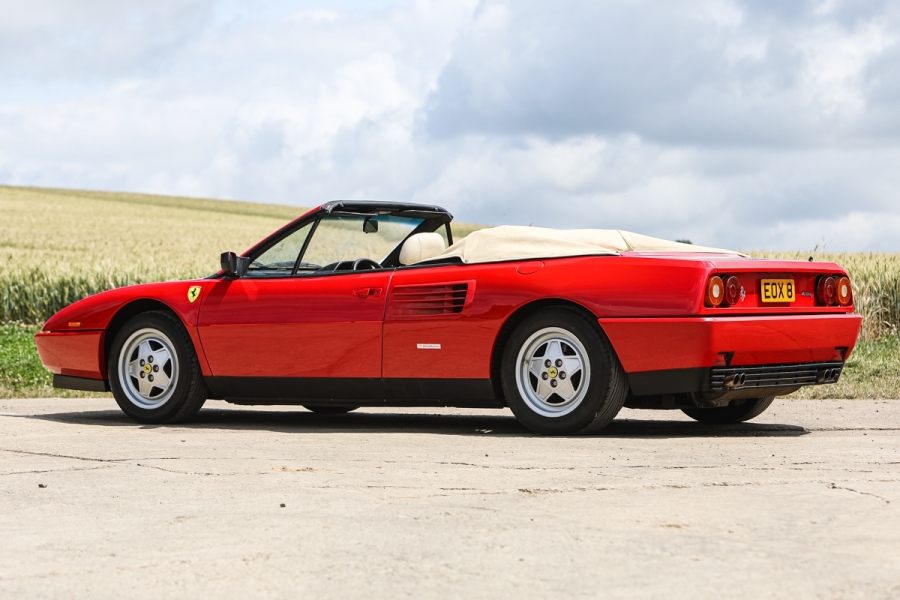 In 1985 the Mondial 3.2 Cabriolet was equipped with the new 3.2-litre engine. This increase in power made it an even more exclusive car than before: no rival four-seater cabriolet of similar engine size could offer comparable performance.

As with the 328 GTB and GTS, Pininfarina improved the styling and aerodynamics of this car, redesigning several bodywork details.

European market Mondial 3.2 Cabriolet models had a tubular chassis with factory type reference F 108 CS 100, which featured a bolted rear sub-frame section, so that the complete engine, transmission and rear suspension assembly could be removed as a single unit, for ease of maintenance.

The V8 engine of the Mondial 3.2 Cabriolet was basically the same design as that used in the coupé version, fitted with Bosch K Jetronic fuel injection and Marelli MED 806A Microplex electronic ignition to produce a claimed 270bhp at 7000rpm for main European market models, and 260bhp for US market models.