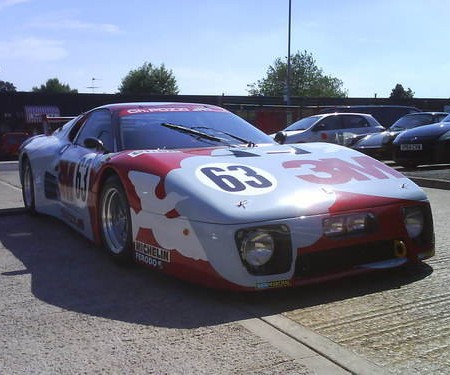 The 512 BB was also considered to have racing potential and some dealers prepared a number of examples according to factory instructions.

The modifications involved the bodywork where high speed aerodynamics were improved thanks to Pininfarina wind tunnel testing.

The elastic bushings in the suspension were replaced by uniball joints and, naturally enough, engine was also modified. Last but not least, the car was lightened, the brake servo was removed and the cooling system was modified to allow the engine to be used at full throttle for longer periods.

SB Race Engineering were lucky enough to recommission chassis n.26685 (Car race number 63) in 2009 and use for numerous track events and shows. (Pictured above)