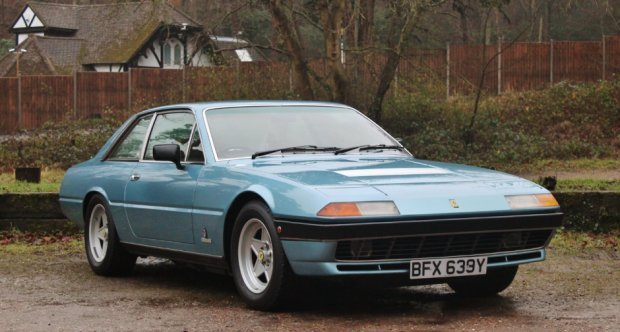 This was a GT on which several body-makers vented their imaginations, even producing soft-top versions. Pavesi of Milan transformed it into a cabriolet with leather and veneer trim and modified the central tunnel.

The 400 GTi was initially visually identical to its predecessor both internally and externally apart from the addition of an “i” to the tail badge, although the tubular steel chassis type reference number became F 101 DL 110.

In late 1982 some mechanical and cosmetic changes took place to the model. The engine received revised profile camshafts and new exhaust manifolds, which upped the power output by about 5 bhp, and the hydraulic self levelling rear suspension changed to a gas filled system, coupled to new metric rim wheels with lower profile tyres.

Internally there were revisions to the upholstery stitching pattern, door panel design, and centre console layout.

Outside the door mirrors became more elegant with small enamel Ferrari shields on their casings, the width of the radiator grille was reduced to expose the driving lights, which became rectangular instead of square, the radiator exhaust air louvre in the bonnet became body colour, and high intensity fog lights were set into the rear bumper.