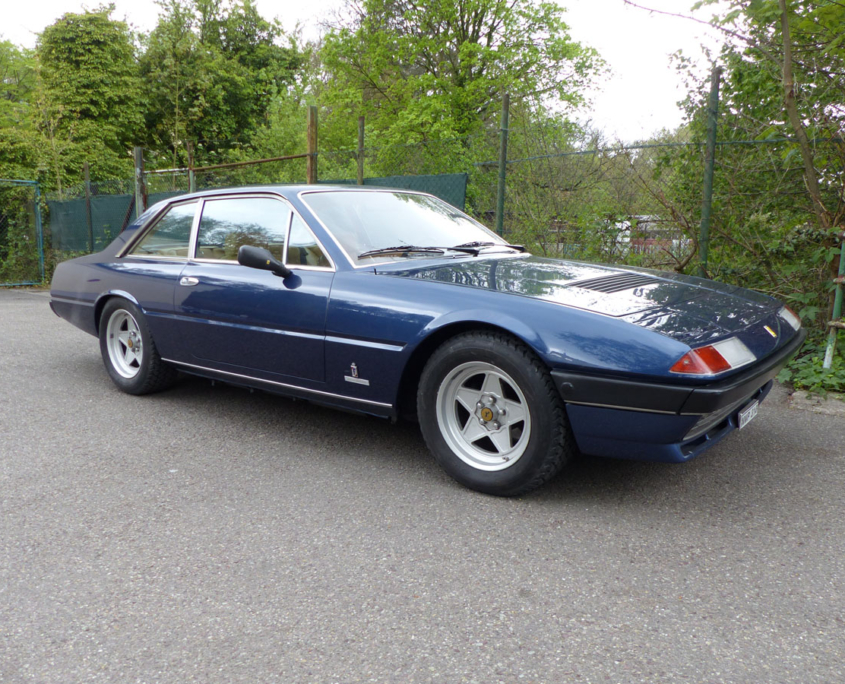 The 400 series replaced the 365 GT4 2+2 model at the 1976 Paris Salon, and for the first time a model with automatic transmission became available on a Ferrari production car, the 400 Automatic.

The engine of cars with the automatic gearbox had a factory type reference F 101 C 080. Two banks of three Weber side draught twin choke 38 DCOE 110-111 carburettors were fitted, with twin coil and rear of engine mounted distributors, to produce a claimed 340bhp.

Although the chassis of the 400 series cars was structurally virtually identical to the preceding 365 GT4 2+2 models, there were nominal differences, which resulted in a new factory reference number F 101 CL 180 for this automatic transmission version.

The 400 Automatic continued in production until November 1979, during which time 355 examples were produced in the chassis number range19353 to 28261. As with the 365 GT4 2+2, they were built and fully trimmed at the Pininfarina works in Turin, and then shipped to the Ferrari factory in Maranello for the installation of the mechanical components.