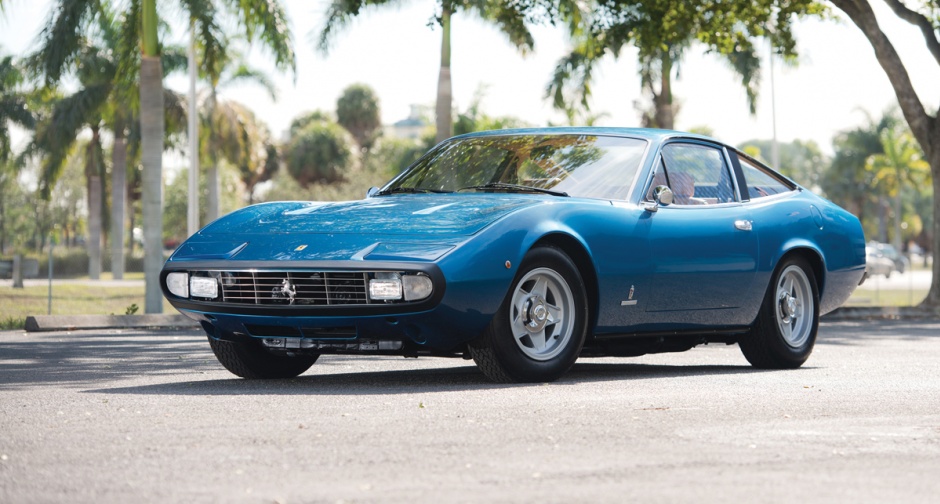 The 365 GTC4 took up where the 365 GT 2+2 left off and, thanks to careful interior design, Ferrari succeeded in slotting in two small rear seats, while retaining the more compact dimensions of two-seater coupé bodywork.

The 365 GTC4 model was unveiled at the 1971 Geneva Show, and was effectively a replacement for two models in the range, the 365 GTC which had ceased production in 1970, and the 365 GT 2+2 that was dropped from production upon the announcement of the new model.

The body style was very different from the models that it replaced, gone were the graceful rounded curves and the elliptical radiator grille, to be replaced by a much more angular wedge design, which was coming into vogue at the time.

It had a very low nose featuring a full width black rubber front bumper that surrounded the shallow rectangular radiator grille, with rectangular driving lights and side/turn indicator light units housed in the extremities of the grille opening.

The engine was similarly structured to the 365 GTB4 unit, with twin overhead camshafts per bank in the V12 unit of 4390cc capacity, with a bore and stroke of 81mm x 71mm.