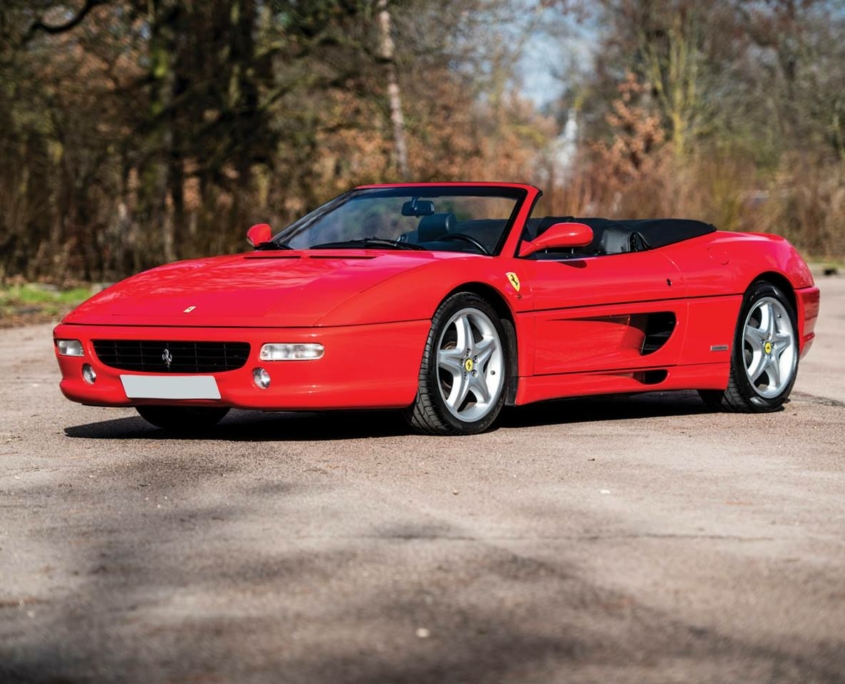 Open sports cars are an integral part of Ferrari tradition: the first Ferrari ever to be built, in fact, was an open sports car – the 125 S.

The F355 Spider’s Pininfarina-penned lines were honed by 1,800 hours in the wind tunnel. The result successfully blended the elegance and aerodynamics of the F355 Berlinetta with open air driving.

The inspiration behind every Ferrari spider is a mix of a genuinely sporty engineering and the thrill of open-top driving.

The two-seater F355 Spider had a steel and aluminium body. Its styling was moulded around an aerodynamically severe design that included a full-body undertray designed to equalise downforce (Cl) between the two axles.

The mid-rear 3496 cc 90° V8 was longitudinally mounted and punched out 380 hp, giving it a specific power output of 109 hp/l. Distribution was by means of twin overhead cams with five valves per cylinder.

The con rods were titanium, while the control unit was the Bosch M5.2. Dry sump lubrication and a six-speed plus reverse mechanical gearbox completed the picture along with a dry single-plate clutch.