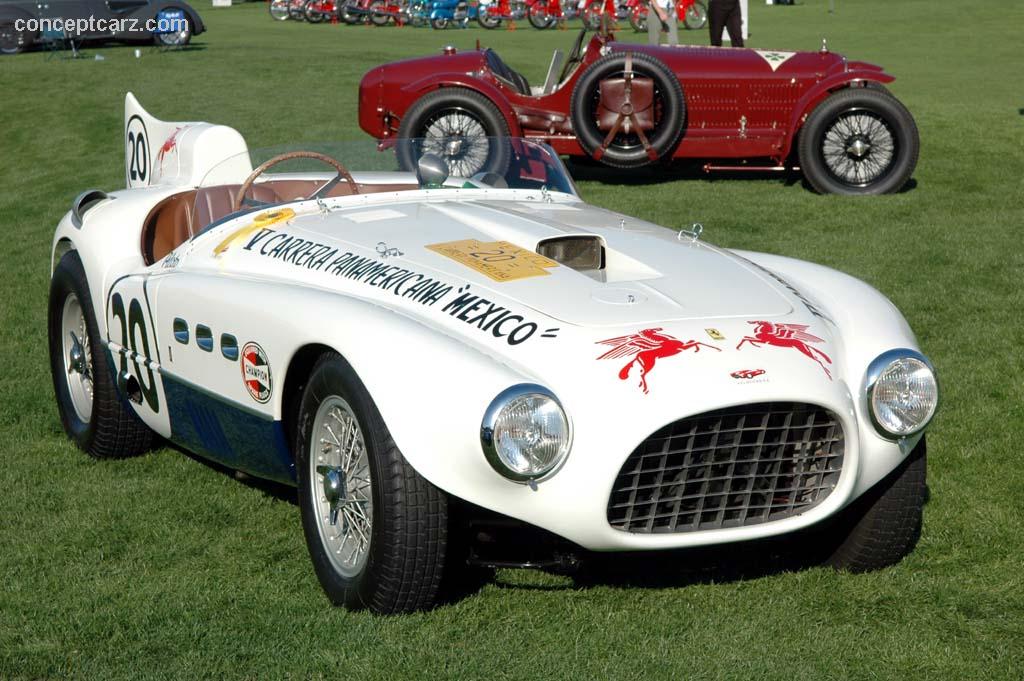 A resounding success in the 1951 Carrera Panamericana convinced Enzo Ferrari to create this car.

Only four examples were built in all by Vignale, three Berlinettas and one Spider.

To meet the incredible competition head on, a more geared-up fifth gear was added as were new cylinder heads with quadruple carburettors that would further boost the engine’s already impressive power.

The rear axle and transmission were also further strengthened. Chinetti and Lucas went on to finish the race in third position.