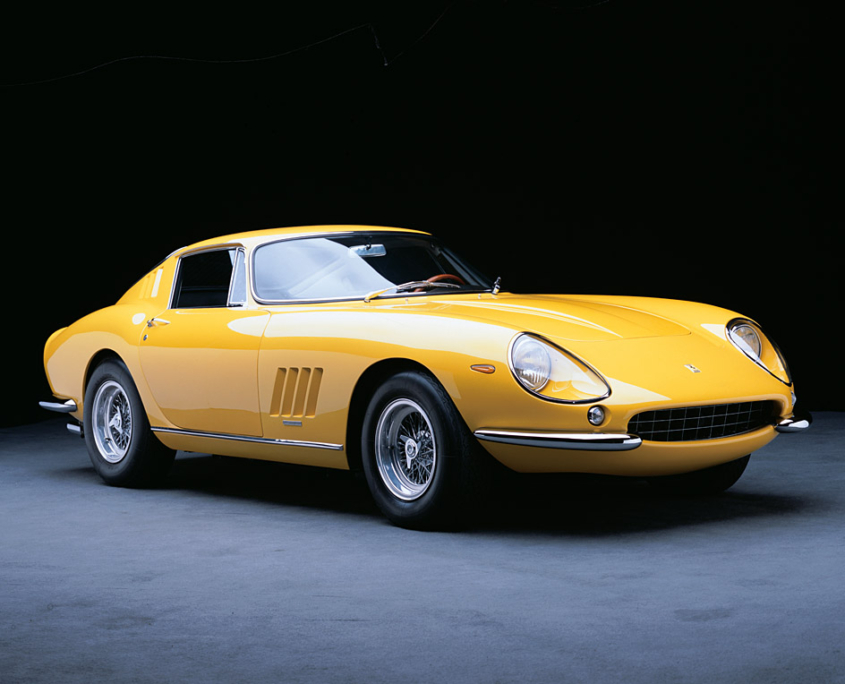 The most important new features of the 275 GTB were the rear-mounted gearbox and independent rear suspension.

The first time of a combined gearbox and differential unit in a transaxle assembly, and the provision of independent rear suspension.

The company already had plenty of experience of both systems in their competition cars, the technology of which filtered through to the road models, another case of racing improving the breed. The bodies were mounted on a 2400mm wheelbase chassis that had factory reference numbers 563, and then 563/66, all were numbered in the odd chassis number road car sequence.

The construction was along the same basic lines as that of the previous models, but with a tapering rear main tube section, due to the revised transmission and rear suspension assembly.

The model was available in right or left hand drive form. The standard wheels were alloy of two different patterns, a “starburst” design on early cars, and a simple elegant ten hole design on later “long nose” cars, with the option of Borrani wire wheels throughout the production period. Apart from the standard road cars a small series of client competition examples were built, along with a trio of special bodied competition berlinettas.

The first series of ten “competition” examples were of the “short nose” variety, an aluminium body, and six carburettors. However, they received carefully built and balanced engines to racing standards, a larger fuel tank, and frequently an external fuel filler.

Widely considered to be one of the greatest Ferrari’s produced of the 1960s due to its stunning design and perfect weight balance, the 275 GTB will always have great appeal and none more so than the alloy-bodied cars with fewer than 60 road examples built.