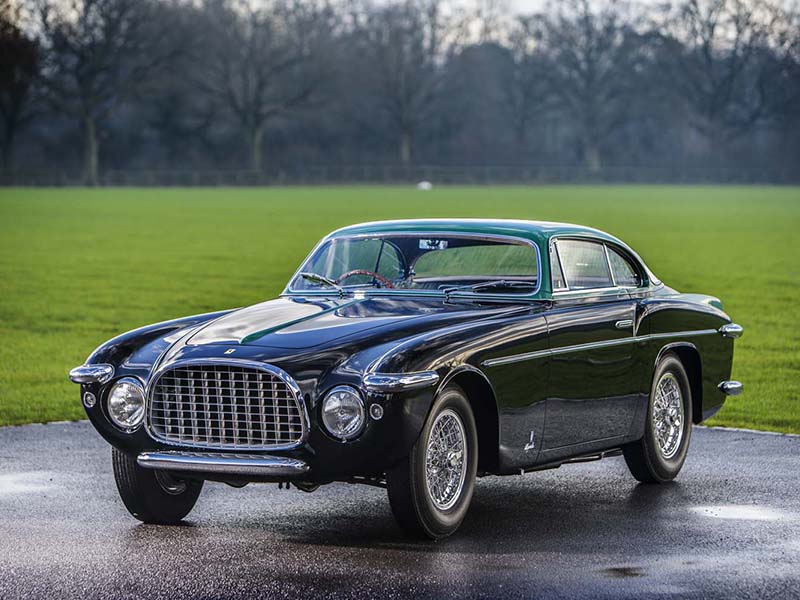 The Gioacchino Colombo V12 was bored out to provide a bigger displacement. The chassis was inspired by that of the 166 MM, with modifications aimed at transmitting the higher power output to the road.

The later versions saw the introduction of a tubular chassis known as the ‘Tuboscocca’, which increased structural rigidity.

The 212 series of cars were built between late 1950 and 1953, in Inter and Export model configuration. The last Stabilimenti Farina bodied car was built on a 212 Inter chassis. This model also saw the beginnings of a long-term liaison with Pininfarina, with their first coachwork renditions on a Ferrari chassis, which were somewhat conservative when compared to the more flamboyant offerings from Vignale, but were the start of establishing a homogeneous identity for the Ferrari marque, as the company moved into greater road car production numbers.

The sensational Inter began life as the 49th of 73 examples built, completing assembly in late summer of 1952 as chassis no. 0233 EU (in one of the earliest uses of the EU suffix, presaging the forthcoming Europa model).

Intended as a show car, the chassis was sent to Ghia in Turin and clothed with one-off coachwork, featuring many of the design cues common to the firm’s Virgil Exner collaborations of the era.