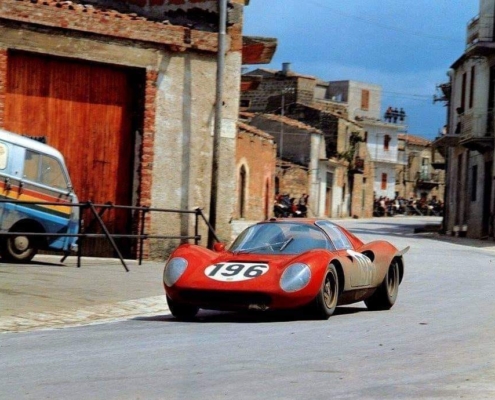 This model could best be described as an open-top version of the Dino 166 P with a bigger engine. This one-off barchetta was specifically designed for hillclimbs in the European Mountain Championship.

In fact, its power and light weight gave Ludovico Scarfiotti four wins and allowed him to take the title.

The 206 S presented a year later was derived directly from the Dino 206 SP.