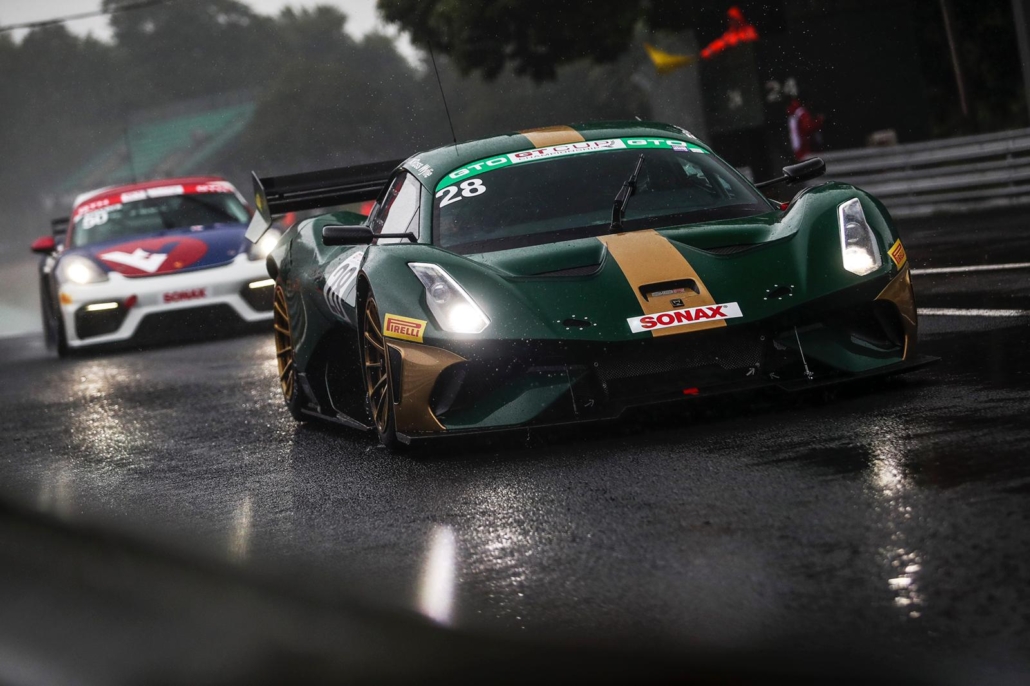 After the dramas of the last  round of GT cup we managed to repair the Brabham in time for the next round.

Oulton Park was the second meeting the Brabham, driven Paul and pro Ross Wylie, was campaigned securing successive class wins in Round 4 of the British GT Cup championship last weekend.

Oulton Park has significant history when it comes to Brabham’s and the Brabham family. Both Sir Jack Brabham and David Brabham tasting victory at the circuit. This weekend, it was the Brabham BT62 carrying this legacy of wins forward and securing Paul his second successful outing in his Brabham BT62  since its podium in Race 1 and victory in Race 2 on debut in Round 3 of the GT Cup at Snetterton, in June 2021.

Paul had the benefit of not only his pro driver Ross Wylie but David Brabham, the Sporting Director for Brabham Automotive. David was on hand to support Paul through practice, Qualifying and the two 40 min races. 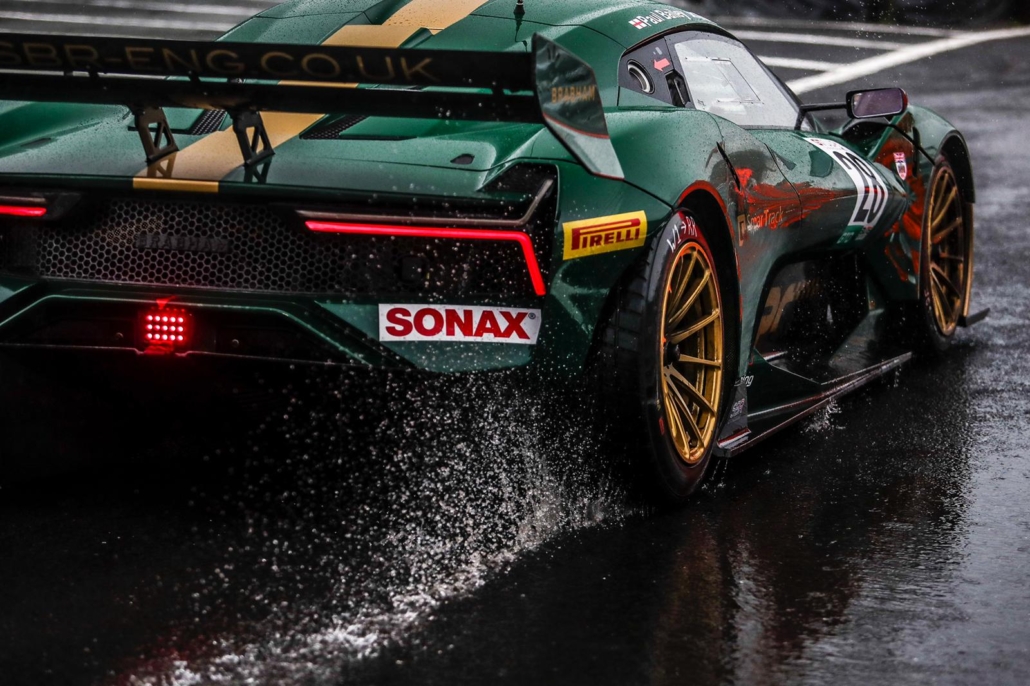 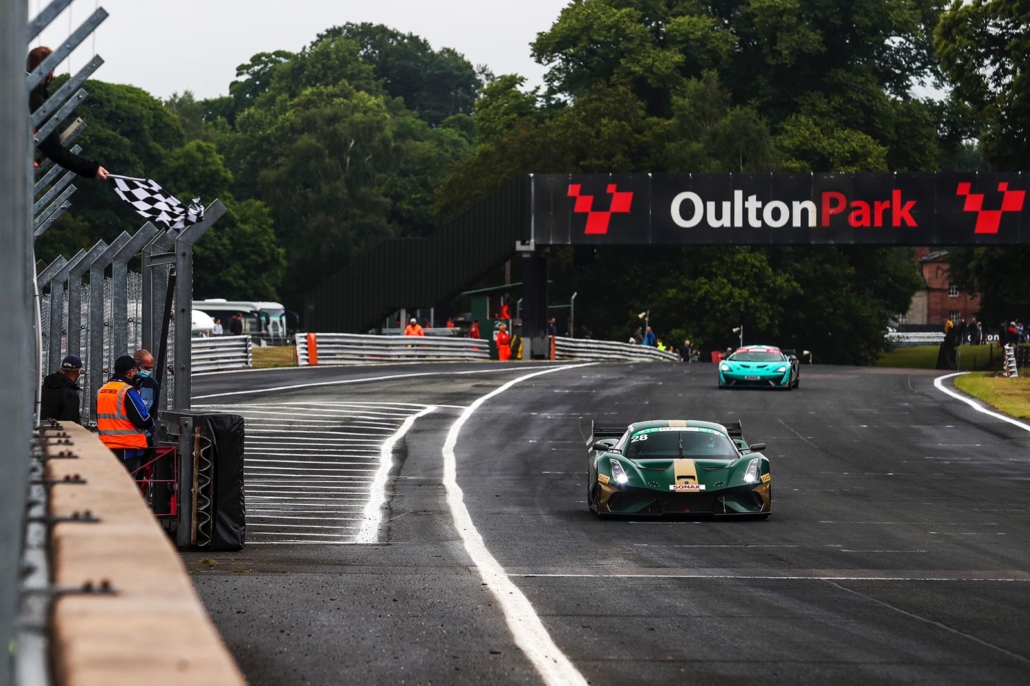 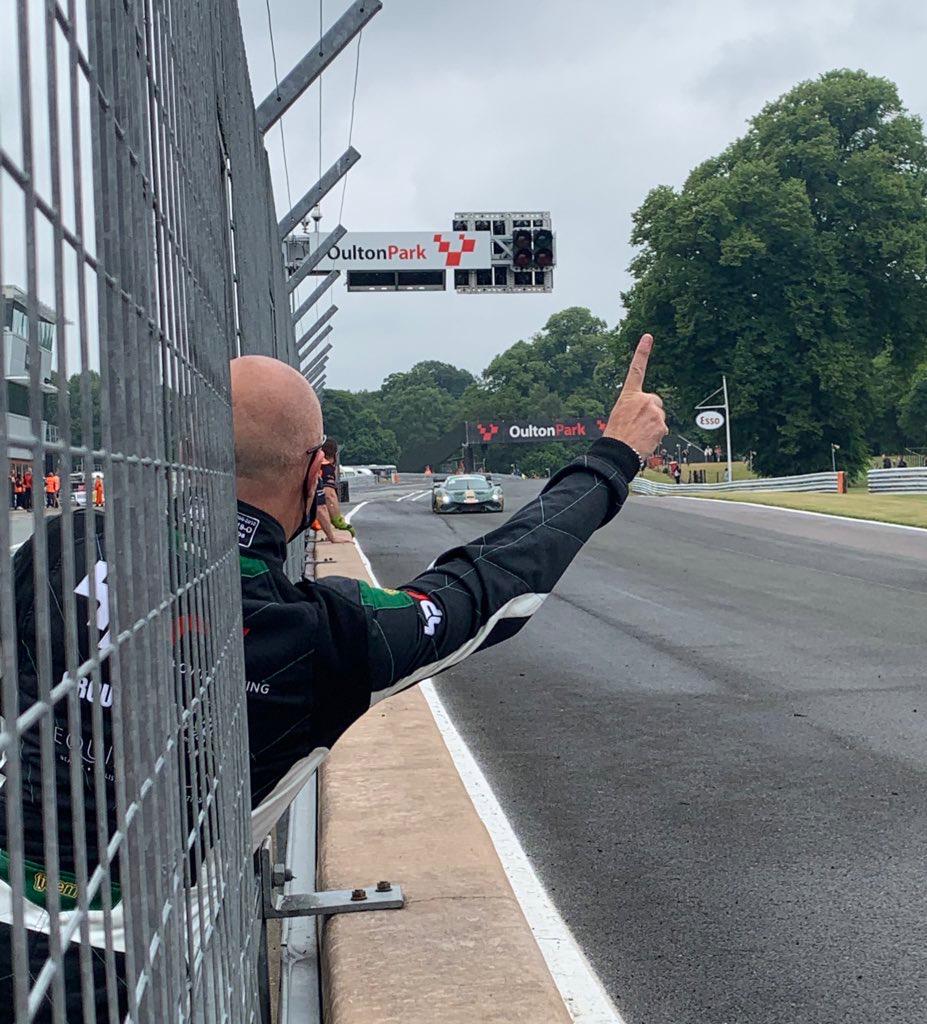 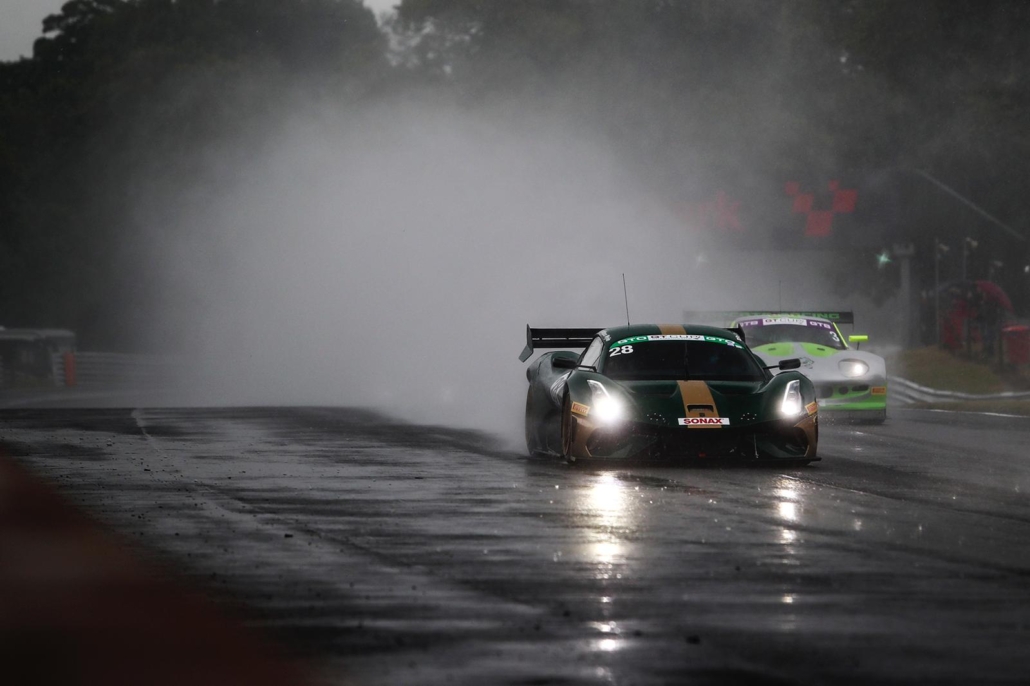 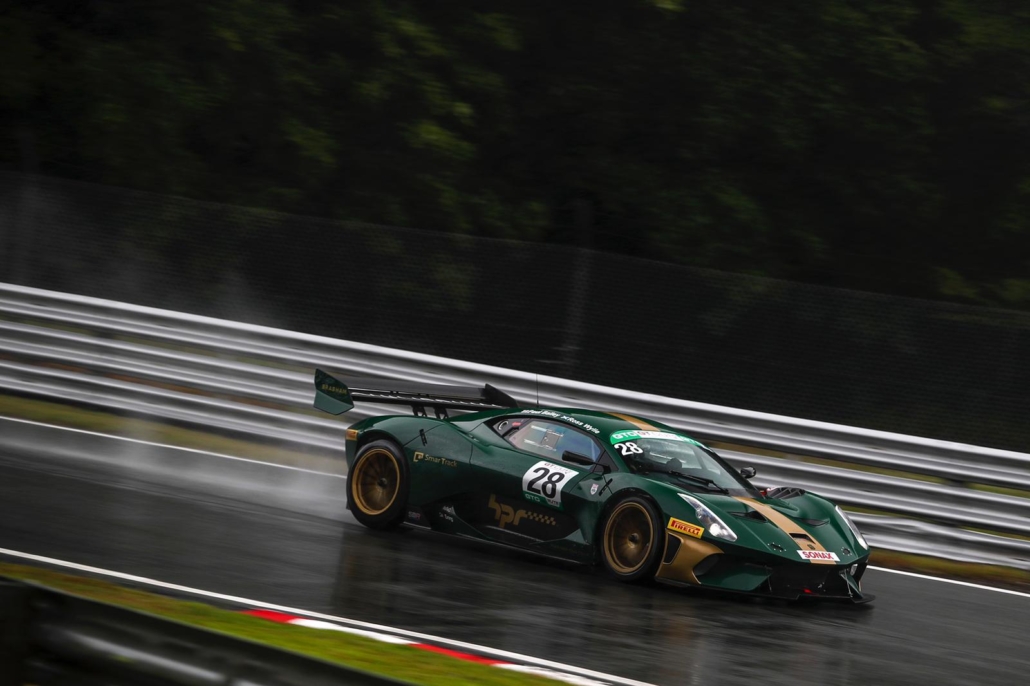 Paul  started from position 18 on the grid. Tyres were selected to suit the wet conditions and despite the track drying out towards the end of the race, a decision was taken to leave the ‘wets’ on the car for the full race.

GT Cup driver and vehicle owner, Paul managed an impressive 5 seconds  quicker from his lap times through his stint in Race 1, improving  position through the field prior to handing over to pro-driver Ross Wylie for the second half of the race.

An impressive drive from Ross in a car on wet tyres and settings in drying track conditions, brought the BT62 up to fifth place over-all, and giving the SBR team a class win to build on our prior podium/victory success at Snetterton in the previous round.

The Lap times reflected the dry conditions for Race 2, with faster times across the field, including significantly faster times set by Paul during his stint in the car. The BT62 started from P14 on the grid, working its way through various GT3, GTC and GTH competitors and eventually finishing 3rd over-all with Ross Wylie at the helm to claim another in-class victory.