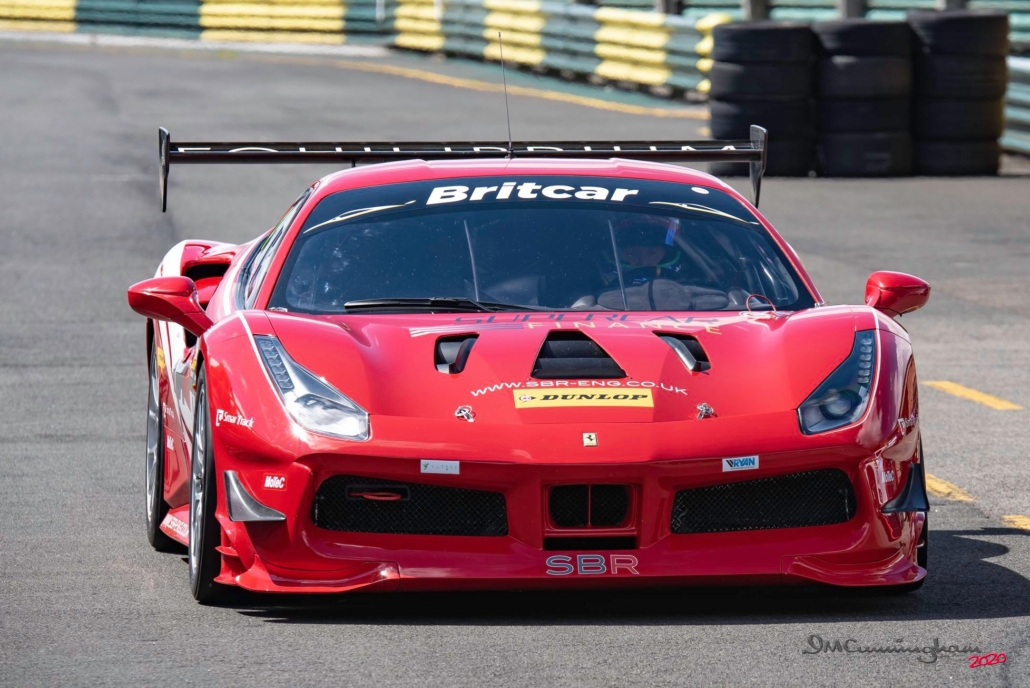 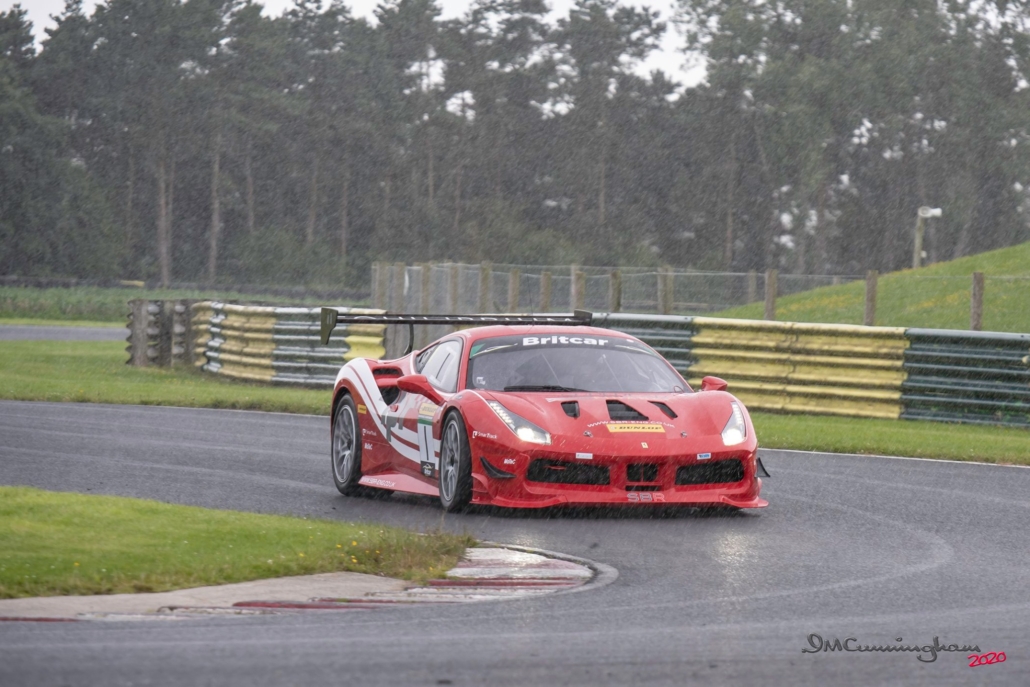 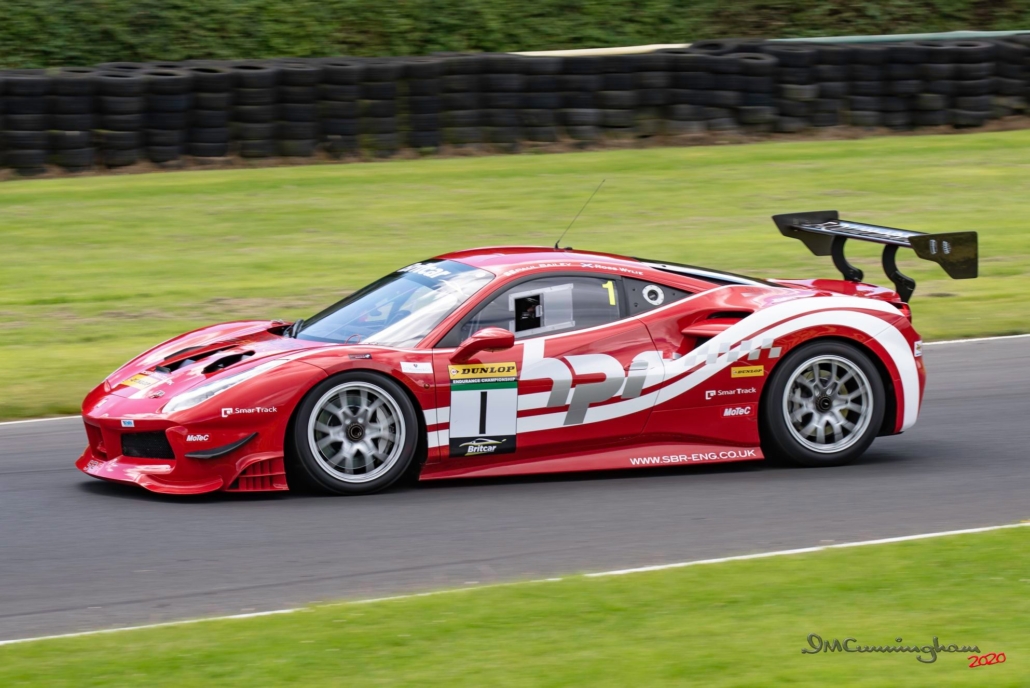 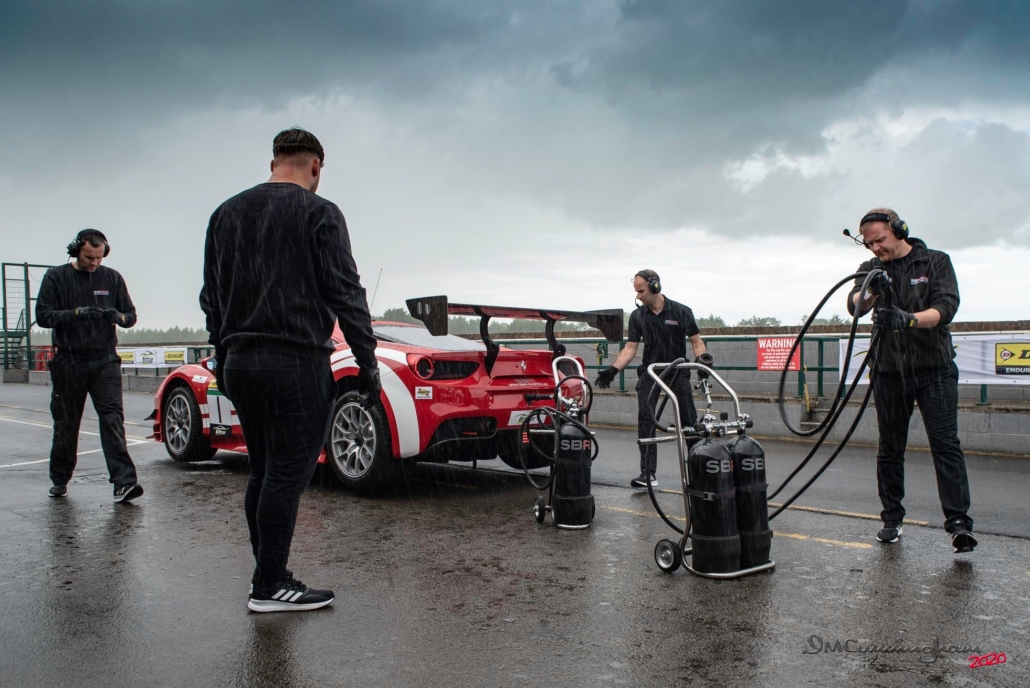 The  2020 race season for our team didn’t quite pan out how we were hoping due to the global epidemic. Due to unforeseen circumstances the new Brabham BT62 that SBR were going to campaign for its owner Paul Bailey was not ready for the start of the season. The team were hoping to use the car after the first round of Britcar. We hope to have the BT62 out for the Spa Francorchamps non championship round.

With this change we decided with the owner to campaign the 2019 Championship winning 488 to defend the title. The first round of the Britcar Championship was at Croft, a circuit not normally used in a GT racing calendar but it was a great weekends racing. The new Driver pairing of Paul Bailey and Ross Wylie (A Britcar champion in a Ferrari from 2017) had two closely fought races with two podium finishes overall, with one class  win and second in class.

A great effort by the team and drivers, partially Paul as he had not driven the track at all before the weekend and he put in some good times and had one of his best race starts ever in race two.

The next Britcar round is at Brands Hatch in August.