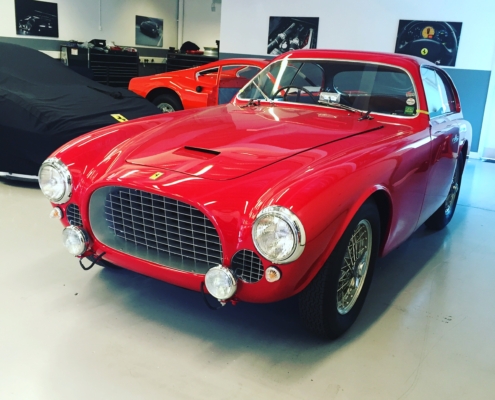 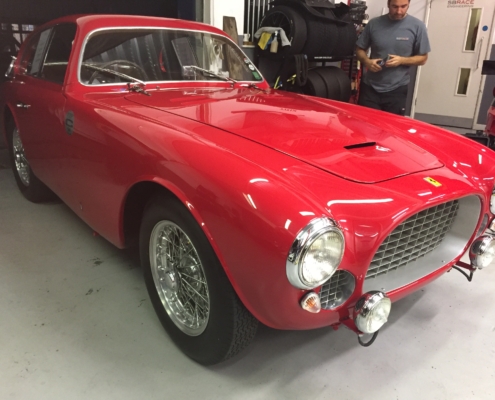 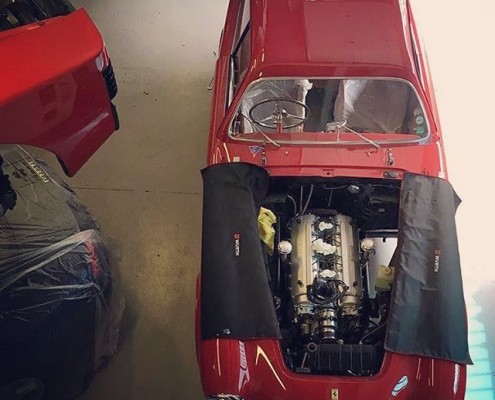 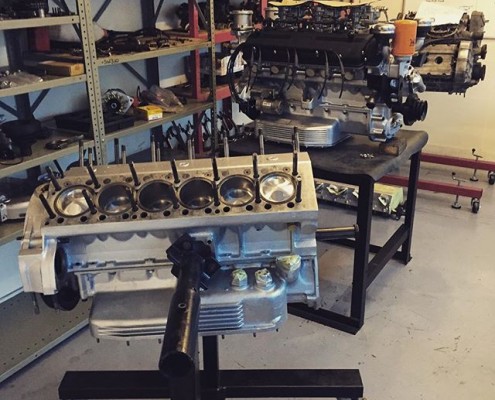 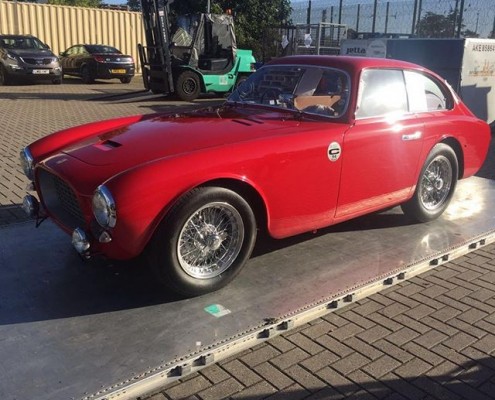 SB are pleased to be preparing and supporting this beautiful Ferrari 225s at this years Monaco Historic.

The Ferrari 225 Sport was introduced at the 1952 Giro di Sicilia as a larger version of 212 Export. This model was intended for endurance sports car racing and was bodied either as a two seat Bernlinetta or Spyder, typically by Ghbia. It was primarily sold to private entrants while the larger Lampredi-block cars were contested directly by the factory.

The 225 effective replaced the 212 Export with a 2.7 V12 engine that enlarged the bore from 60 to 70mm. This was upgraded to use roller-type cam followers that were first introduced by Lampredi in the long-block V12. Power was rated at 210 bhp.

225 Sports made appearances at the Mille Miglia, the Targa Florio and won the 1952 Monaco Grand Prix, placing 1-2-3-4-5 infront of the best Aston Martins, Jaguars, Gordinis and Talbot-Lagos. Seven 225s were entered in the 1952 Mille Miglia, but they were trumped by the larger-engined Ferrari 340 MMs and the sole 250 Sport. Later in the year Paolo Marzotto became the over 2-liter champion in his 225 Sport.

This particular car finished 10th in the 1952 Mille Miglia and 4th in the Monaco GP of that year.

Some Classics at our old workshop

Bizzarrini Comes out from a long sleep!
Scroll to top
We use cookies to ensure that we give you the best experience on our website. If you continue to use this site we will assume that you are happy with it.OkPrivacy policy