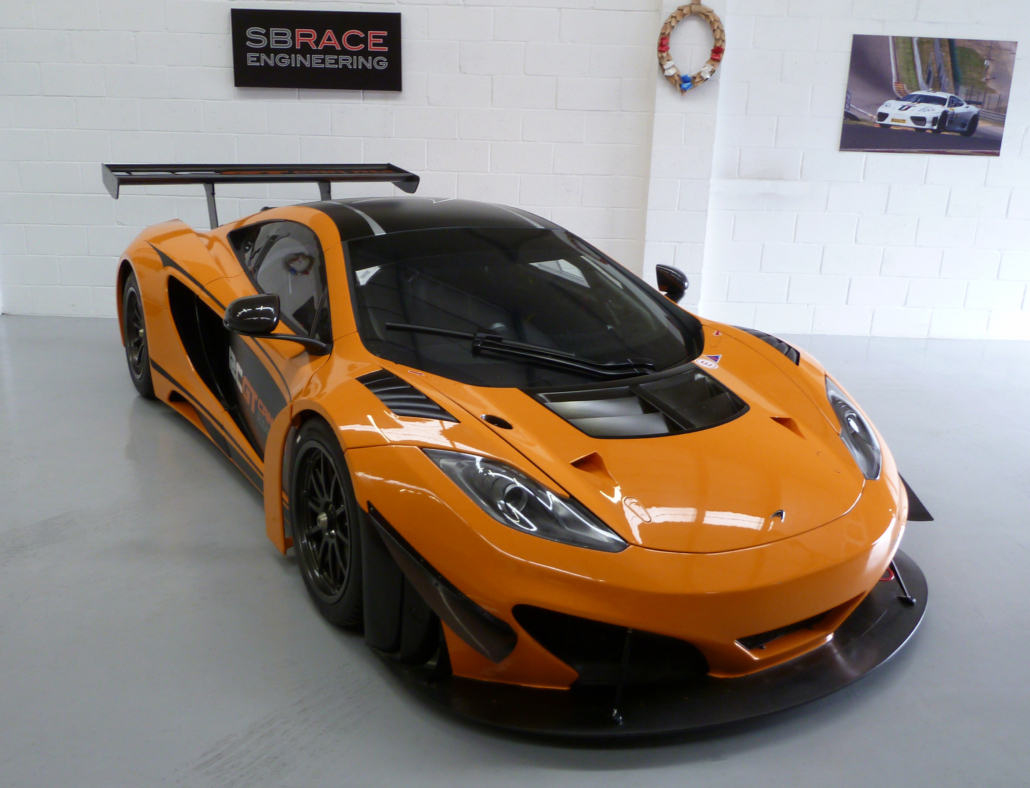 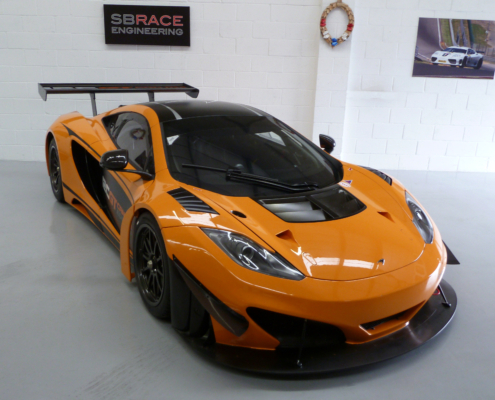 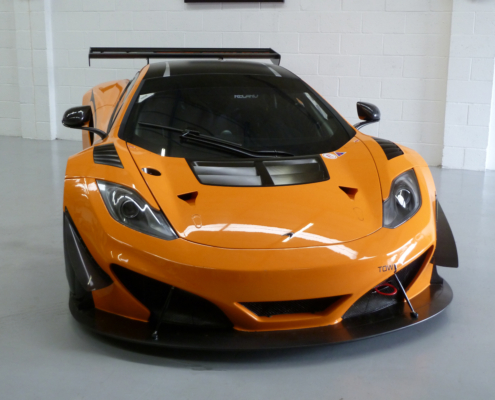 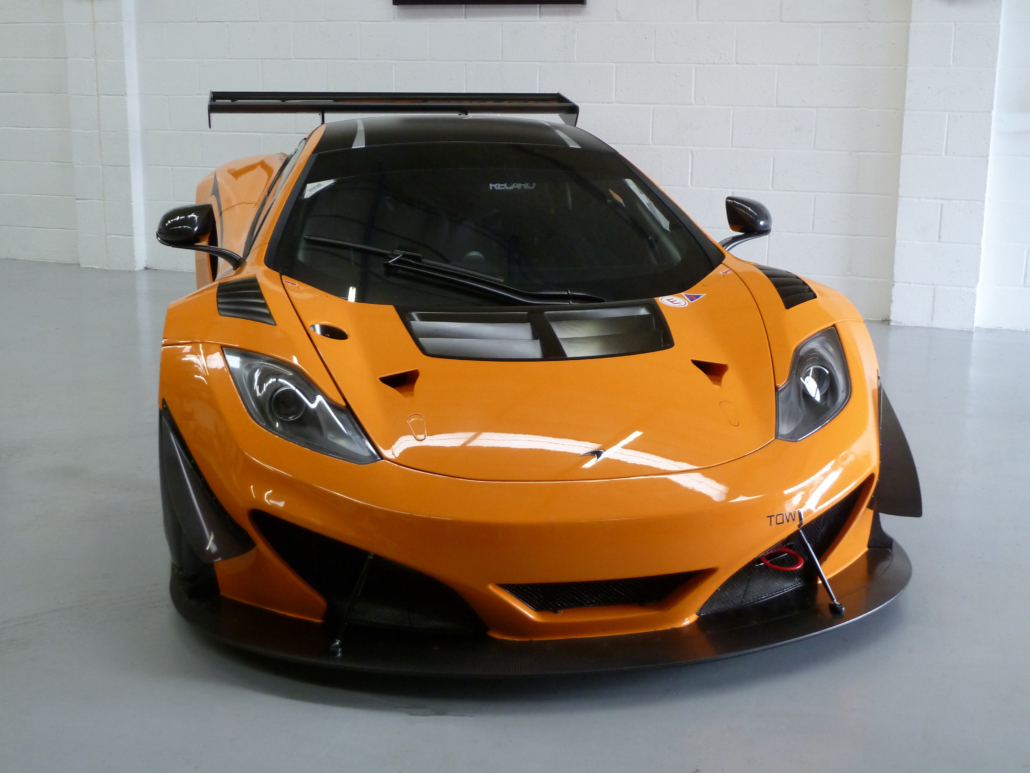 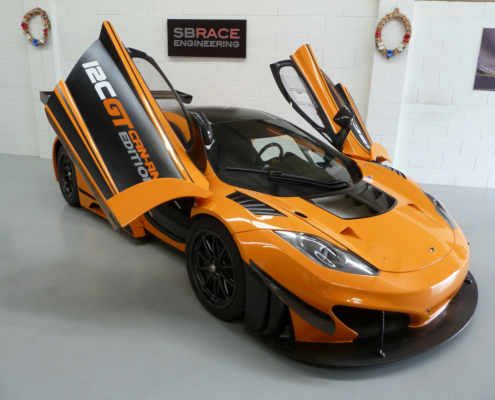 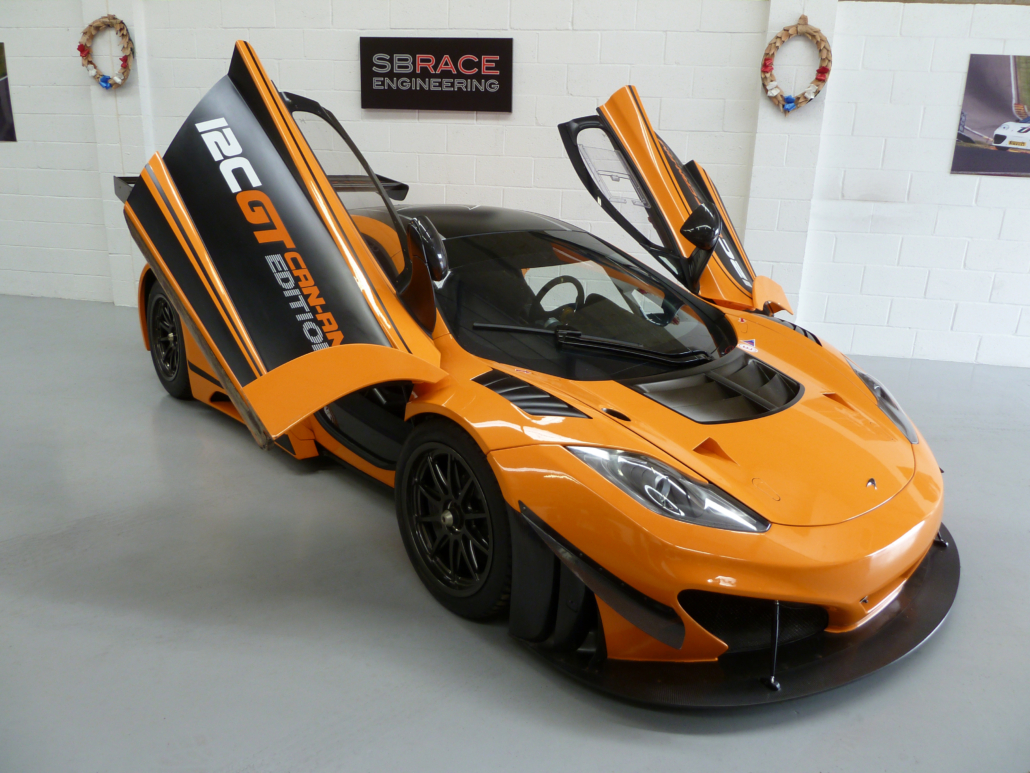 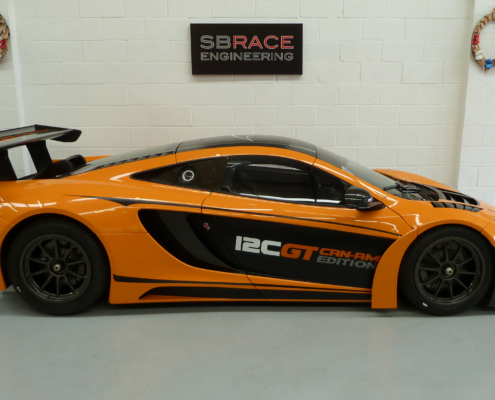 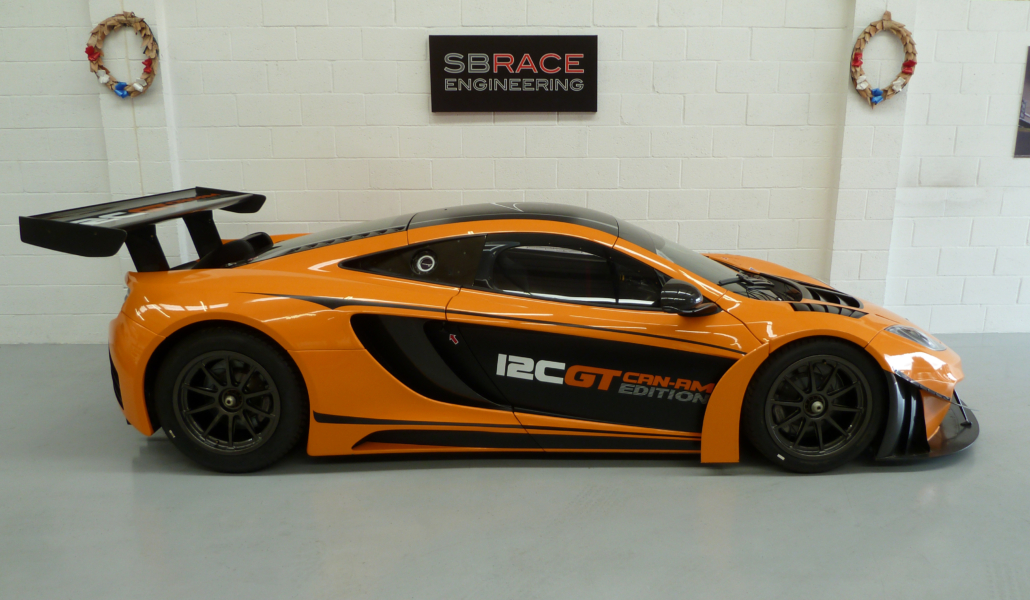 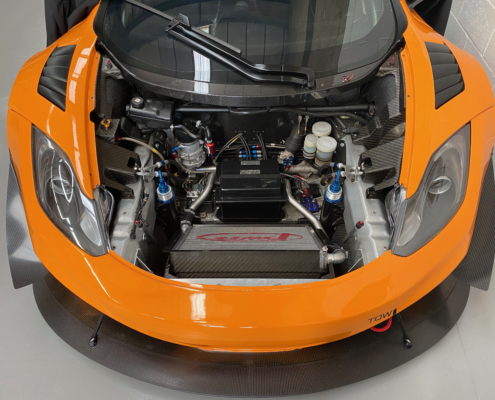 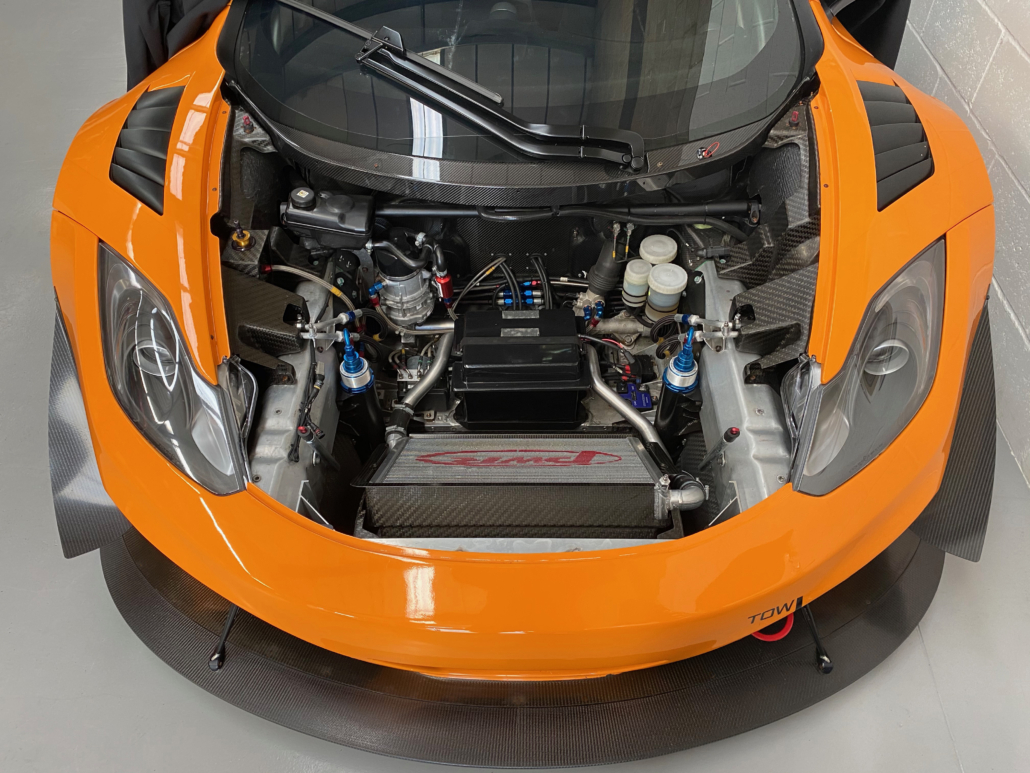 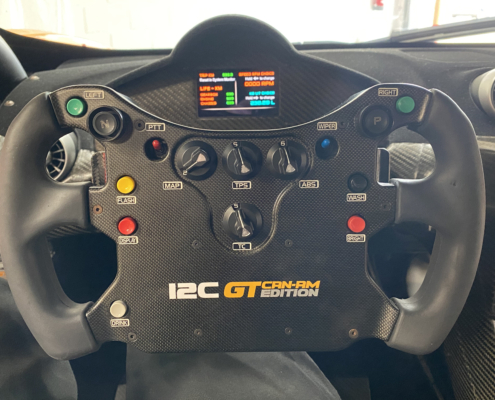 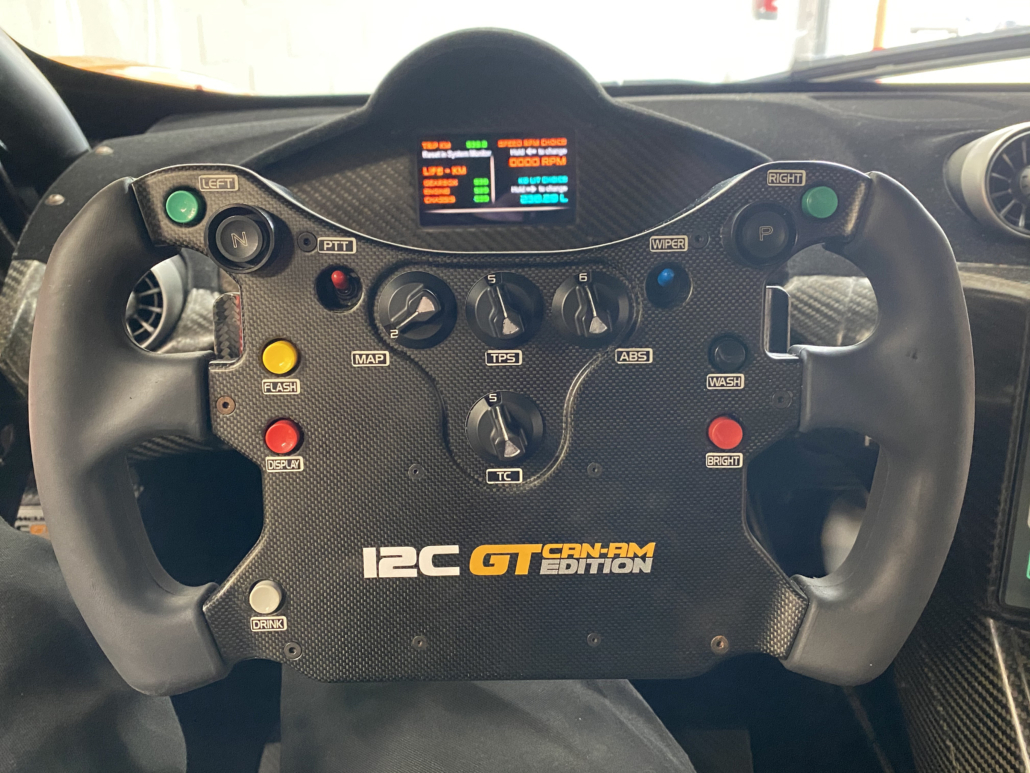 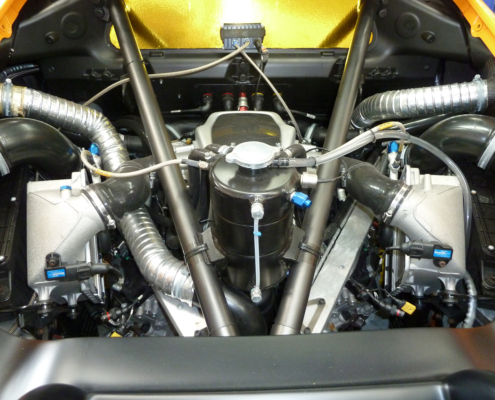 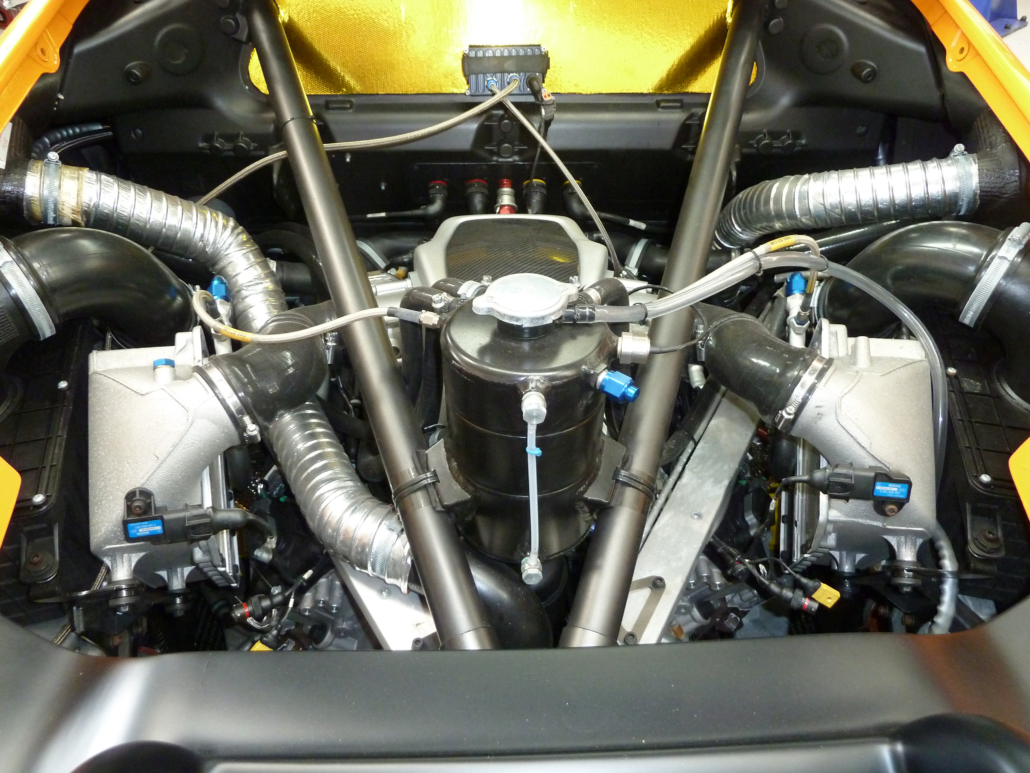 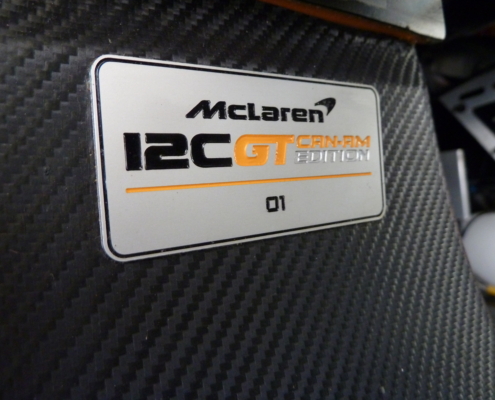 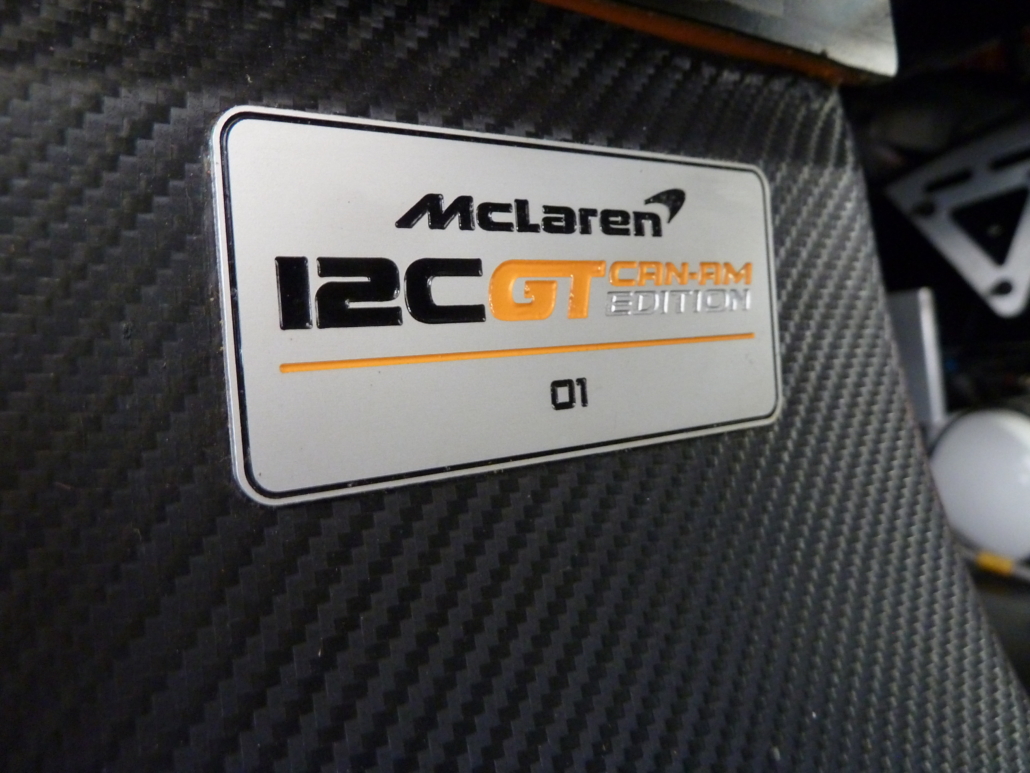 This is a unique opportunity to purchase a 001 chassis numbered racecar produced by Mclaren GT, and with only three Mclaren 12C Can Am Cars ever made, it is a super rare vehicle indeed.

It has had minimal usage since its purchase from Mclaren in 2013 by one of our long standing clients, covering just over 500km it is barely run in! the car comes complete with the full Can Am race spares package all in Mclaren flight cases and has 4 sets of wheels. that accompany the car. The Cam Am Edition MP4 12C is in essence an unrestricted GT3 car!

This 12C Can-Am Edition is finished in striking  McLaren Orange, a tribute to cars of Bruce McLaren and Denny Hulme which were extremely successful throughout the 1960s and 1970s. The bold hue is in dramatic contrast to the roof, door and bumper sections, finished in satin black, while carbon fibre also features on the side radiator vanes, wing mirrors and engine cover. The McLaren badges on the front and rear are also finished in carbon fibre.

An evolution of the McLaren 12C GT3 Racecar of the time, its power is up over 100bhp to 621bhp while there is 30 per cent more downforce, changes allowed due to the Can-Am’s lack of racing restrictions. The same carbonfibre monocoque chassis as the 12C road car lies beneath, and with all the upgrades, the total dry weight comes in at approximately 1200kg (1334kg as tested with a full tank of fuel).

The revised aerodynamic package for the Can Am edition includes a front splitter, dive planes, and significantly larger rear wing all crafted from carbonfibre. The extra power comes from its revised 3.8-litre twin-turbo V8, and in 2013 it was the most powerful iteration of McLaren’s MP4 supercar. Its 0-60 time was quicker, though its top speed is over 30mph lower. Not that it really matters on most tracks…