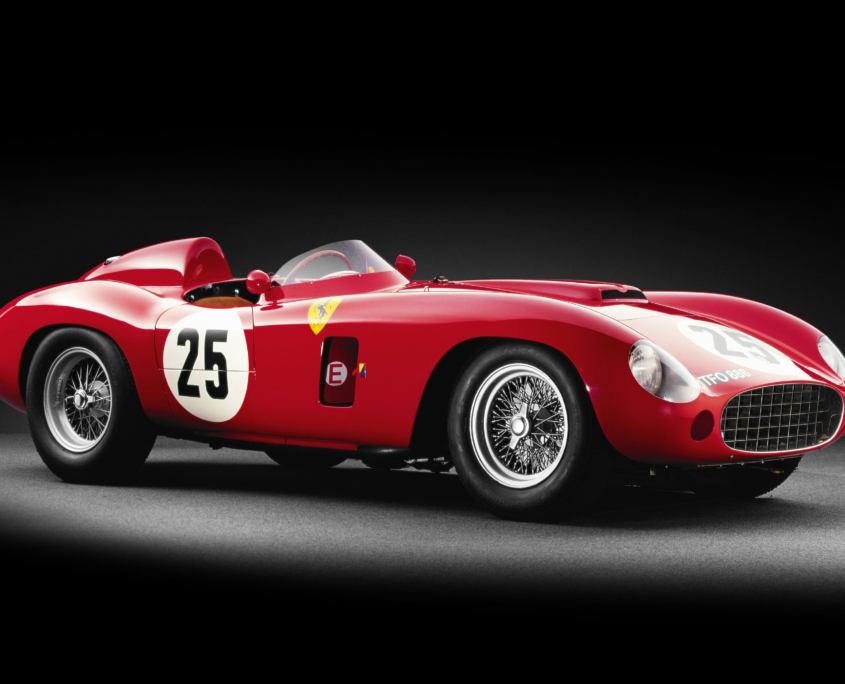 A development of the 750 Monza, the 860 Monza used a bigger displacement, 3,431 cc version of the four-cylinder engine in the run up to the arrival of the new V12s.

After a rather low key debut at the Tourist Trophy, it was sent to the US where Phil Hill drove it to victory at Nassau.

An improved version, driven by Collins and Musso, also went on to take second and third in the Mille Miglia behind the new 290 MM.

The 860 Monza brought the era of the four-cylinder engine to a close and marked the channeling of the company’s engineering efforts back into the V12.