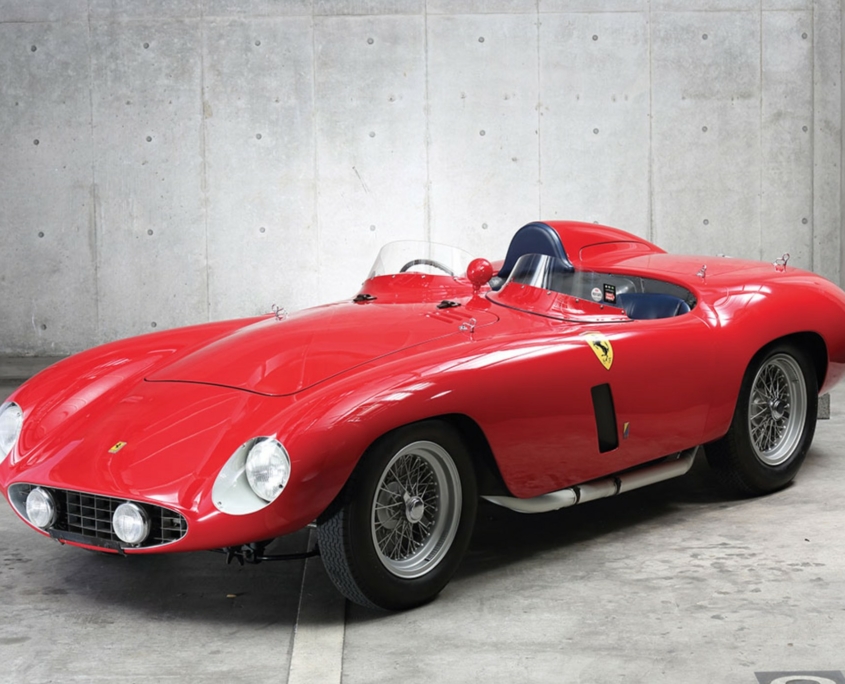 The prototype made its debut at Monza in 1954 with an engine based on a development of the four-cylinder Type 555 and took both first and second positions.

The power unit with its twin overhead camshaft and very respectable horse-power, developed a very high torque that made for particularly impressive driving.

Almost all of the coachworks were built by Scaglietti to a Dino Ferrari design. The most notable of the 750 Monza’s other victories was the 1954 Tourist Trophy.