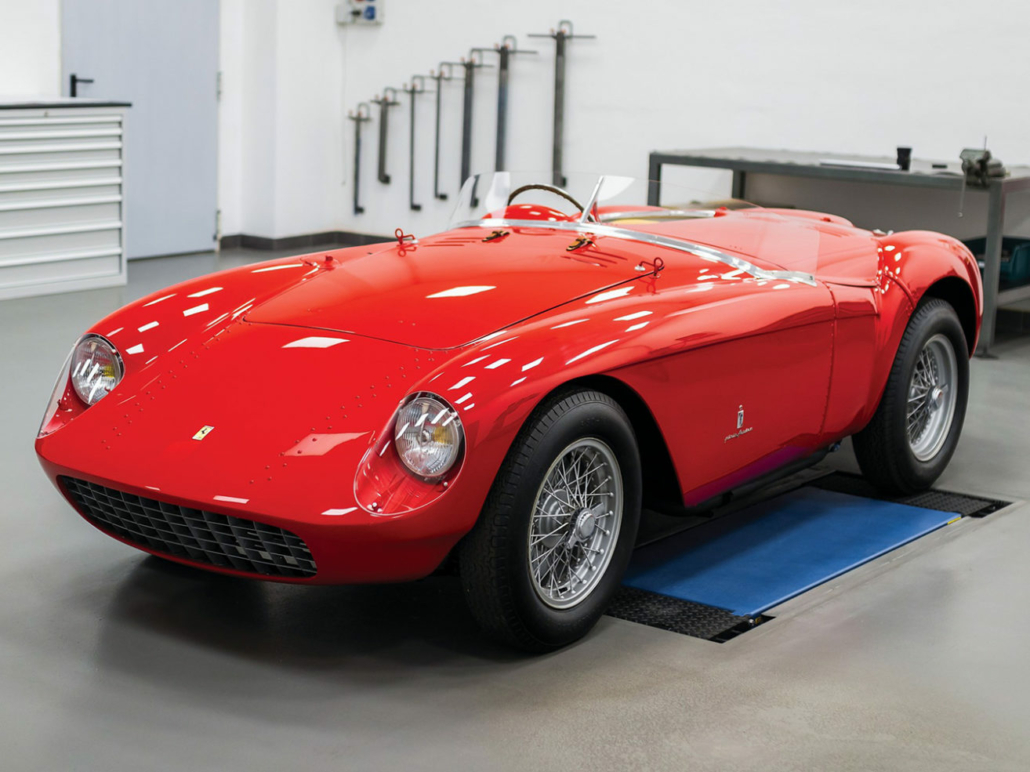 The first of these cars were built by a young coach builder from Modena called Scaglietti who had become inspired by a design created by Dino Ferrari.

The models built for sale to the public were the work of Pininfarina who built around 15 of the spiders in all.

In total, 21 examples of the original 500 Mondial were built. Most wore Pininfarina bodies, although several featured Scaglietti coachwork designed by Dino Ferrari. The 500 Mondial was successful from the outset, with class wins at Barcelona, Casablanca, Imola, and the Mille Miglia.

The 500 Mondial featured a two-liter, twin-cam, four-cylinder engine designed by Chief Engineer Aurelio Lampredi. This engine, the Tipo 110, was a direct development from the inline four used by Ferrari’s champion 500 F2 Grand Prix cars. It featured gear-driven camshafts, dry sump lubrication, hemispherical combustion chambers, and screw-in cylinder liners. Each cylinder displaced just under 500 cc, hence the “500” in the model name. This model acquitted itself very honorably indeed in a whole host of races, topping its category in many.