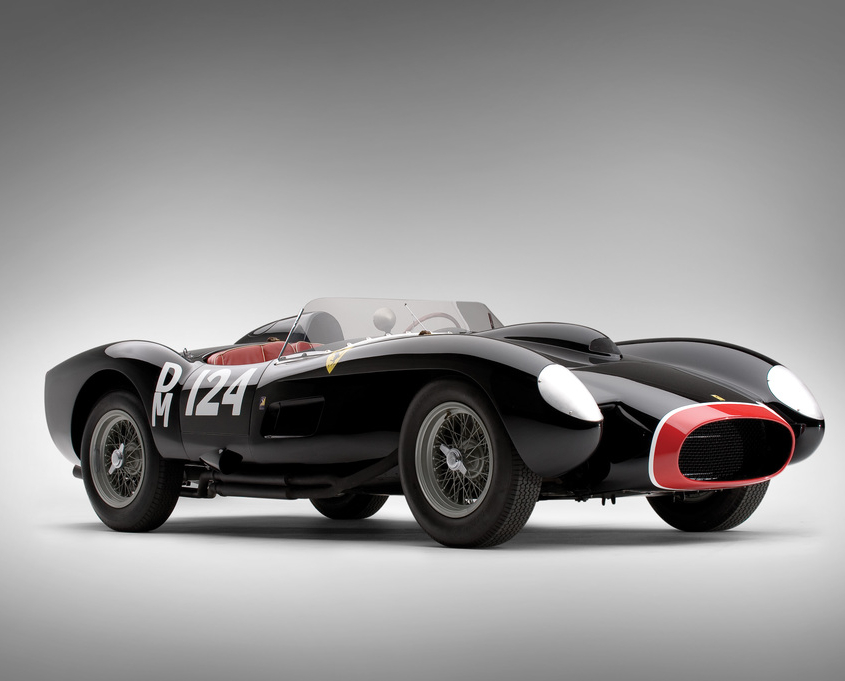 The 250 Testa Rossa was designed to offer customers already racing with the 500 TRC a much more powerful engine on a similar chassis to help retain the former model’s great handling.

Rumor also had it that the FIA would place a three-litre limit on prototypes and this indeed proved to be the case.

As a result the reliable V12 from the 250 Gran Turismo was used albeit with a radically tuned with six twin-choke carburetors.

Compared with the 500 TRC, only the valve covers were painted red, but the car still kept the Testa Rossa name and won the Manufacturers’ World Championship in 1958.

One of the most iconic and expensive Ferrari’s to ever sell with a reported sale price in 2014 of £24.1 Million.