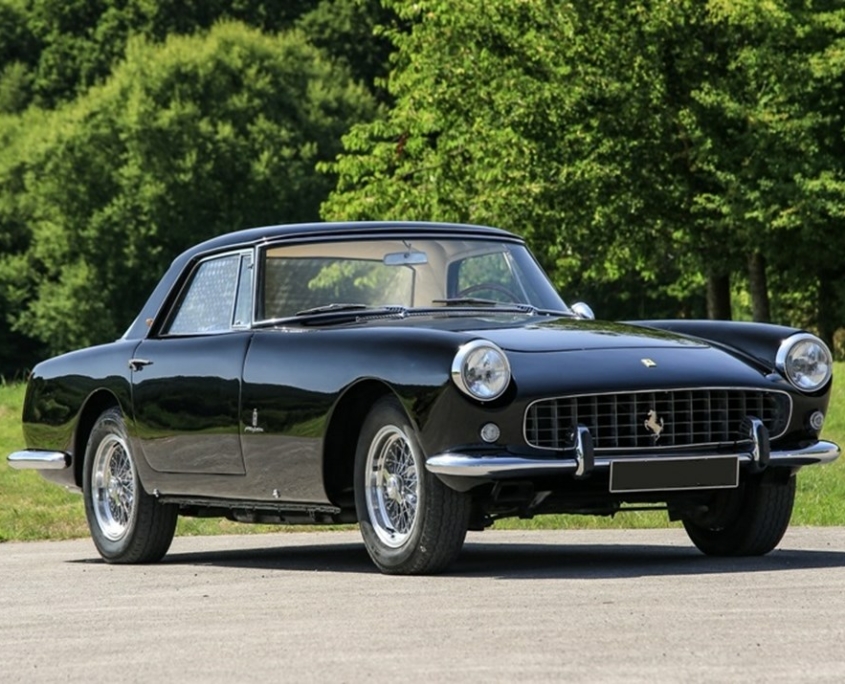 Presented at the Paris Motor Show in 1954, the 250 GT Coupé represented Ferrari’s first attempt at standardising a model destined for the normal motorist.

Developed from the 250 Europa, it was fitted with a version of the Colombo Type 125 engine fed by three classic Weber 36 DCZ carburettors.

The overall shape of the majority of the series was virtually identical to that of the 250 Europa Pinin Farina three window coupe that preceded it, in fact unless you had a keen eye for dimensions, you would need a tape measure to tell them apart, the main difference being in the distance between the front wheel arch and the “A” post.

The largest and most important differences between the 250 Europa and 250 GT Coupé lay under the bonnet. By exchanging the “long” block Lampredi engine of the former model for the Colombo “short” block V12 engine design, as used in the 250 MM etc, it enabled the wheelbase to be reduced by 200mm to 2600mm, without compromising cabin space, whilst concurrently the front and rear track were each increased by 29mm.

As noted, the engine, although still a 3 litre V12 unit, was completely different from that in the 250 Europa, being a development of the Colombo designed “short” block V12 unit, with a capacity of 2953cc, and a bore and stroke of 73mm x 58.8mm, fitted with a bank of three twin choke Weber 36 or 42 DCZ carburettors, with twin coil and front horizontal mounted distributor ignition, to produce a claimed 220bhp.

This was coupled to a four speed all synchromesh gearbox, driving through a propeller shaft to the rigid rear axle, for which a range of ratios were available.

This model was an important landmark in the Ferrari production car story, as it had the largest relatively homogenous model production run up to that time, and it marked the point where Pininfarina became, with only one subsequent exception, the sole designer of Ferrari series production cars to date.