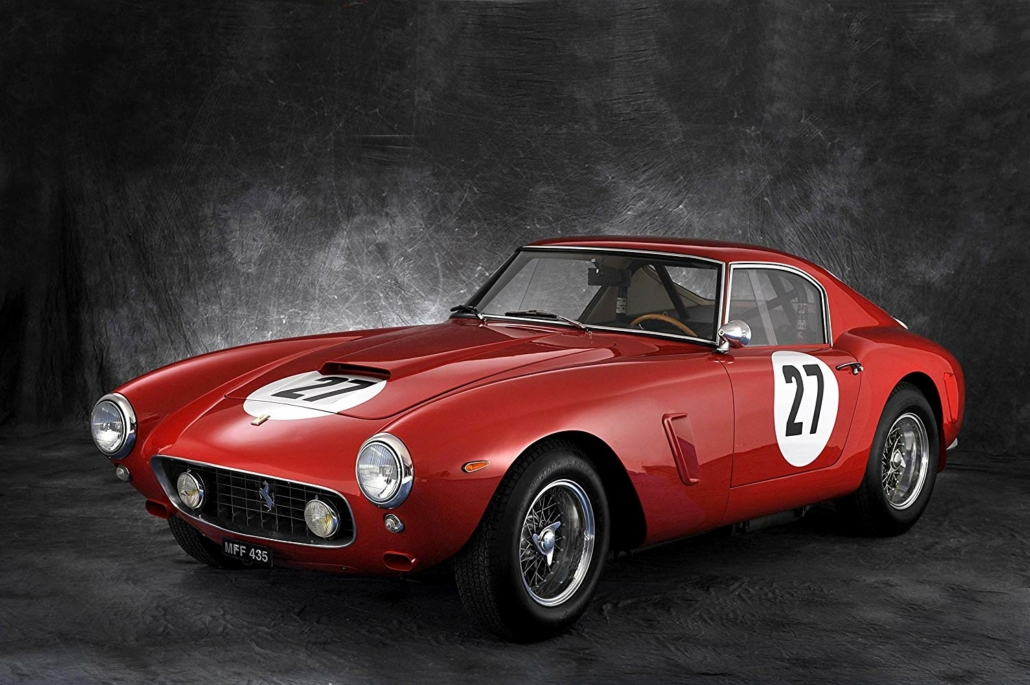 With just a few minor touches (colder spark plugs, racing tyres and a roll-bar), the car could take to any circuit and battle it out for a class win.

The 1960 version of the 250 GT Berlinetta was designed by Pininfarina and built at the Scaglietti works in Modena. It was first presented to the public at the 1959 Paris Salon, and bore a body style very similar to that of the late series (now termed ’Interim’ to differentiate them) berlinettas produced during that year, apart from the omission of the quarter window in the sail panel behind the door glass.

The new model was built on a 2400 mm wheelbase chassis, with factory type reference 539, later 539/61. This model was the first Ferrari production road car to be fitted with disc brakes as standard and, unlike the preceding 250 GT Berlinetta series, was available in either left- or right-hand drive. It was also available in competition specification, with an aluminium body, lightweight interior trim, and the engine in a higher state of tune – or in ‘Lusso’ (luxury) road trim, when it was normally fitted with a steel body with aluminium opening panels. However, there was a great deal of overlap between the two basic specifications, depending upon a client’s specific wishes.

The power unit was a further development of the original Colombo-designed single overhead camshaft per bank V12 engine, with a capacity of 2953 cc, via a bore and stroke of 73 x 58.8 mm and factory type references 168B, 168, and 168 Comp/61, all with wet sump lubrication. The spark plugs were outside the vee of the block, with a bank of three twin choke Weber 38 DCN or 40 DCL/6 carburettors and Solex C40 PAAI carburettors also homologated, with a twin coil and rear of engine mounted distributor’s ignition system, to produce a claimed 220 to 280 bhp, dependent upon specification.

The overall design changed very little during the three-year production run from 1960 to 1962. However, there are a number of detail differences that identify the period of production of a specific car. In the early months of production the front and rear wings sides were plain, as was the boot lid. There was an exhaust air slot in the top centre of the rear screen, and the sliding door windows had a pronounced downward curve to the top rear edge, whilst the front valance featured a pair of rectangular slots to cooling ducts for the front brakes.

The main visual differences between the 1960 examples and those after 1961 were in the shape of the door windows, which had a straighter top edge, and the relocation of the fuel filler cap, which was either on the left rear wing or hidden within the boot. Their ‘400SA’ coupé-bodied examples comprised two road versions on chassis 2613GT and 3615GT, plus two lightweight competition examples on chassis 2429GT and 2643GT. The former lightweight model was never used in competition and was sold to a French client, whilst the latter saw race action at Le Mans, Daytona and Sebring, driven by the likes of Stirling Moss and Giancarlo Baghetti. Bertone produced two designs, the first in 1960 on chassis 1739GT (unusual in that it featured cast alloy wheels) and another in 1961, featuring the ‘Chiti’ shark nose look, on chassis 3269GT.

Very rare indeed in 2017 a 1960 Ferrari 250 GT SWB Berlinetta Competizione by Scaglietti was advertised to be sold for £8.9 Million.