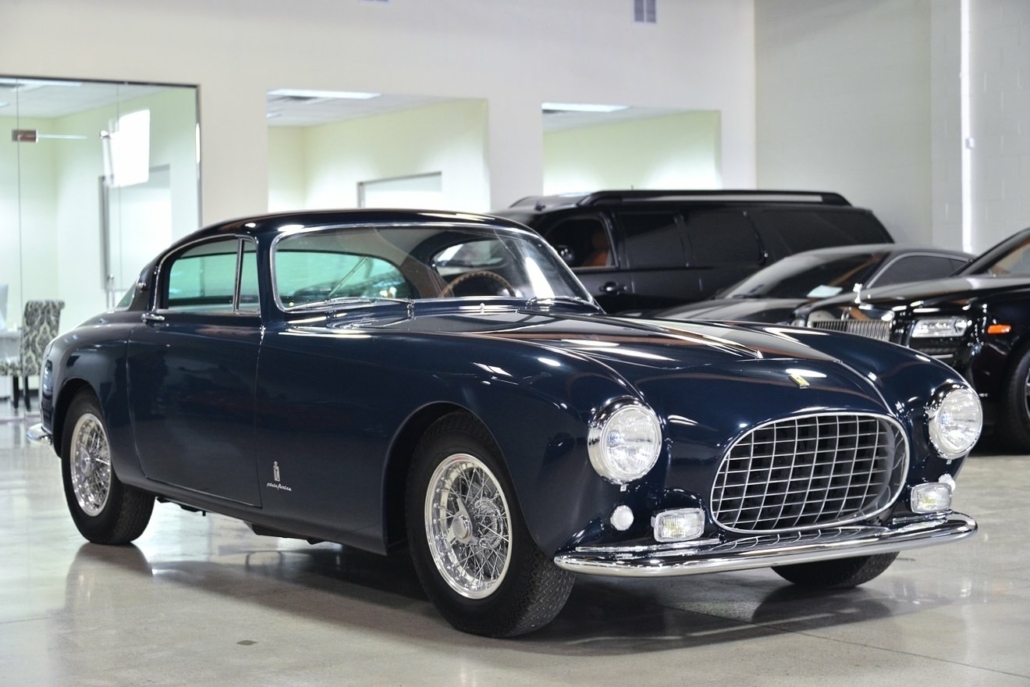 The 250 Europa took over from the 212 Inter, and for economies of scale, shared the same chassis as the 375 America and the Lampredi V12 was kept below 3 litres.

The 250 Europa GT was the immediate successor to the 250 Europa model and was presented to the public at the 1954 Paris Salon, initially also being called the 250 Europa. However, the GT suffix to the model title was soon added, to help differentiate it from its predecessor, and then it became known simply as the 250 GT.

The largest and most important differences between the 250 Europa and 250 Europa GT lay under the bonnet. By exchanging the long block Lampredi engine of the former model for the Colombo short block V12 engine design, as used in the 250 MM etc., it enabled the wheel base to be reduced by 200 mm to 2600 mm, without compromising cabin space, whilst concurrently the front and rear track were each increased by 29 mm.

The first car of the 250 series, the Europa is unique amongst other members of its family for being the only one to carry the Aurelio Lampredi-designed V-12.

This engine, which was used in previous racing Ferrari’s, could produce over 200 horsepower and was capable of propelling its chassis and coach-built bodywork at speeds in excess of 135 mph.