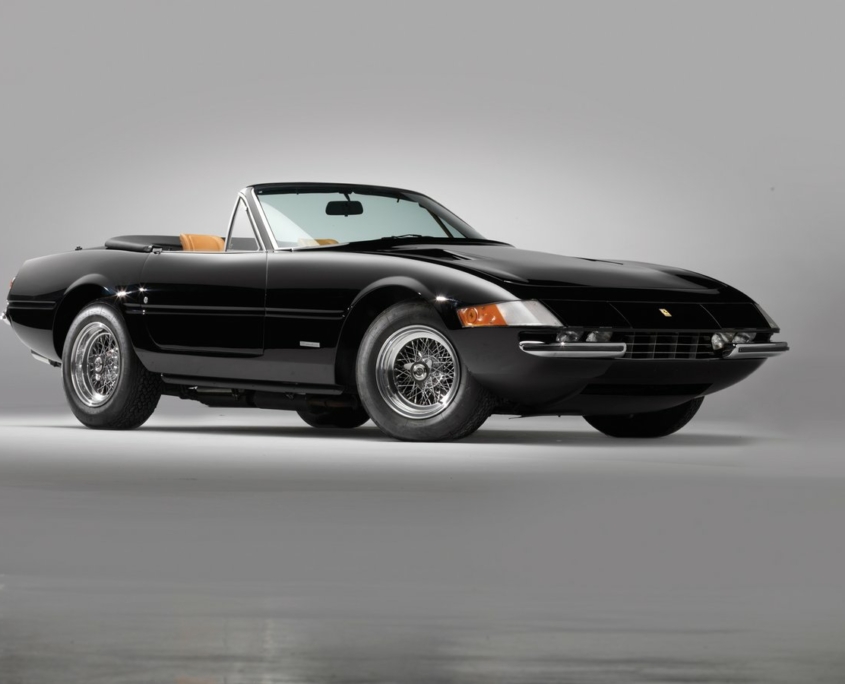 The convertible version of the 365 GTB4 made its debut at the 1969 Frankfurt Motor Show. It was received enthusiastically by the public and the trade press alike, and retained the mechanical features and performance of the coupé, with a design that is still striking today.

Since then a number of berlinettas have had the roof cut off to be converted into the spider variant, this vogue being particularly popular in the late eighties as the price of original examples soared.

Both variants of the model were produced up until 1973, which by the standards of previous models was a lengthy run, during which time a total of 122 spider examples were built in the chassis number range 14365 to 17073.

The bodies were mounted on a 2400mm wheelbase chassis that had factory reference numbers 605, all were numbered in the odd chassis number road car sequence.

The construction was along the same basic lines as the others of the period, with large section oval main tubes, cross bracing, and sub structures to support the body and ancillary equipment.

The model was available in either right or left hand drive form.

The engine was the same V12 unit used in the 365 GTB4, with factory type reference 251, of 4390cc capacity, with a bore and stroke of 81mm x 71mm, with dry sump lubrication. It was fitted with a bank of six twin choke Weber 40 DCN20 or 21 carburettors, those of the USA market cars carrying the suffix “A”, with a twin coil and rear of engine mounted distributors ignition system, with an electronic system fitted to USA market versions, to produce a claimed 352bhp.