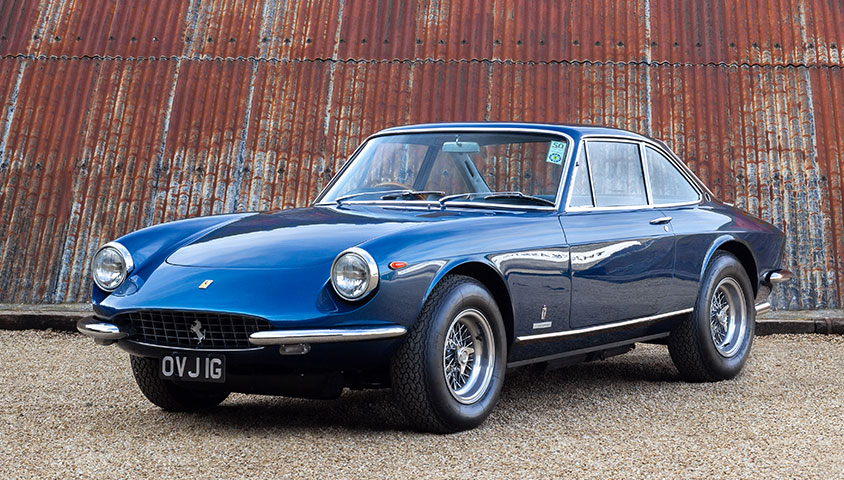 The design of the 365 GTC was basically similar to that of the last 330 GTCs built, the major difference being that the engine bay air inlets were now on the bonnet and no longer on the flanks.

Internally there were small changes to the dashboard and centre console, the most obvious being the addition of two circular directional demister outlets in the centre of the dash top. Like the 330 GTC models, the bodies were built at the Pininfarina works in Turin, then delivered fully trimmed to Ferrari for fitment of the mechanical components. The engine was an enlarged version of that fitted to the 330 GTC, and identical to that used in the 365 GT 2+2 models already in production when the 365 GTC was announced. It was a single overhead camshaft per bank V12 unit, with factory type reference 245/C, of 4390cc capacity, with a bore and stroke of 81mm x 71mm. It was fitted with a bank of either three twin-choke Weber 40 DFI/5 or 40 DFI/7 carburettors, with a twin coil and rear-of-engine mounted twin distributor ignition system, to produce a claimed 320hp.

The 365 GTC had a very short production run into 1970, mainly due to the emission control legislation that was coming into force in the USA and elsewhere, and the cost implications of implementing this on relatively low production series of cars.

A total of 168 examples were produced in the chassis number range 11589 to 12785, in both left hand and right hand drive configuration.