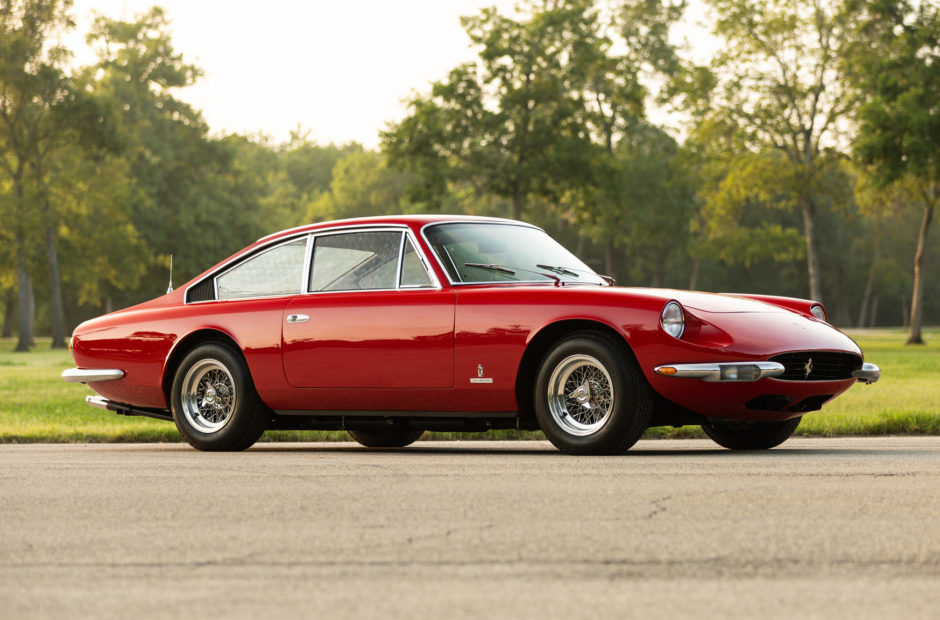 With its elegant, imposing lines, it was the first Ferrari to feature power steering and air conditioning as standard for the American market, as well as a spacious luggage compartment and two proper rear seats.

The new model bore a resemblance to the 365 California at the front, although the quarter bumpers were bulkier, and incorporated side/turn light assemblies in the front face that were unique to this model. It also featured black plastic engine bay exhaust air louvres on the scuttle, either side of the trailing edge of the bonnet.

Although the 365 GT 2+2 shared the same wheel base as the 330 GT 2+2, it was wider, and whilst low and elegant looked big, due to increased front and rear overhangs, which extended the overall length by more than 130 mm.

Initially it was fitted with similar design 10-hole alloy wheels as had been used on the Series II 330 GT 2+2, and then later with five-spoke ‘star’ patterns.

The bodies were mounted on a 2650 mm wheel base chassis, which had factory reference number 591, and all were numbered in the odd chassis number road car sequence.

It was constructed along similar lines to the preceding model, with large section oval main tubes, substantial cross bracing, and sub-assemblies welded to the main frame to support the body, plus ancillary equipment.

An innovation to this model was the self-levelling independent rear suspension, to maintain a constant ride height irrespective of load. It was also the first large series production Ferrari to feature power-assisted steering as standard, and was available as either left-or right-hand drive.