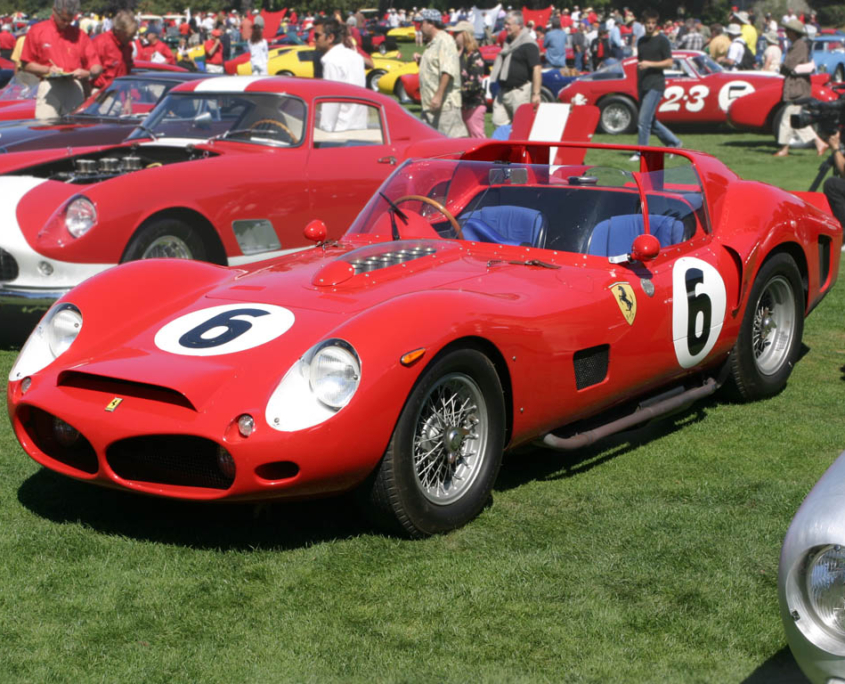 The 330 TRI pulled off this feat in 1962, courtesy of the legendary pairing of American Phil Hill and Belgian Olivier Gendebien.

The 330 TRI was built on a modified TR chassis with a longer wheelbase and independent rear suspension.

It was powered by a single cam-shaft Type 330 V12 four-litre that produced 390bhp.

The line of the 330 TRI’s bodywork was that of the classic 1950s racing barchettas. Fast and reliable, after its triumph in the race for which it was built, it was sold to Chinetti’s NART team and went on to take part in other races.